'Quick! Before they realise I don't know what I'm doing!' says PM - Canary 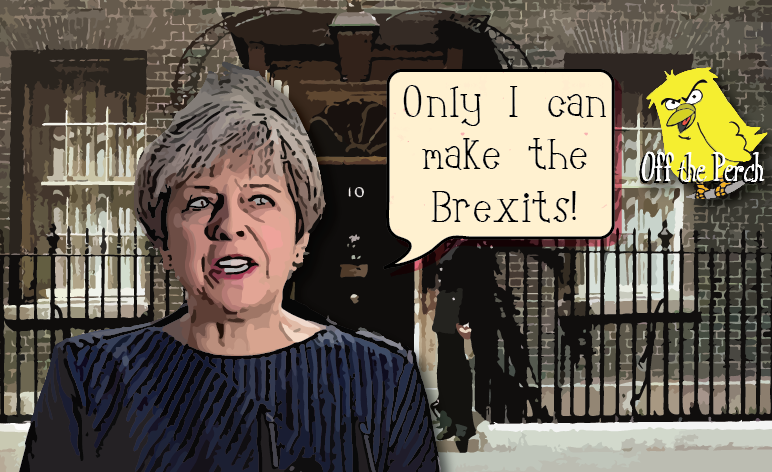 The current PM has called a general election.

But before that happened, she was overheard making some remarks that shine a light on why it’s happening now.

Earlier in the day, the PM was overheard shouting at her cabinet:

Am I losing it, or does everyone else feel like they have no idea what’s going on?

The cabinet mumbled agreement, prompting May to add:

Well I’m glad you agree, but aren’t you freaked out that the general public aren’t picking up on it? I mean: the NHS is collapsing, Boris Johnson is roaming the world like a bad fart, our Brexit strategy reads like it was torn out of the Yorkshire Ripper’s manifesto, and I haven’t answered a single question in the entire time I’ve been PM! It feels like people should be noticing these things! Are they winding me up, or what?

At that point, Dave Davis suggested that there was so much scandal going on at once that there had been a blockage in the public consciousness. Kind of like when The Three Stooges tried to get through the same door at once, and became wedged in as a result.

He also pointed out that these situations ultimately ended with everything bursting through at once.

May responded by saying:

Oh Christ, then the shit really will hit the fan! We need to hold a General Election – quick! – before everyone realises what a massive fucking mess we’ve made of everything!

Of course, there is some hope. Despite the country still liking Theresa May and the colossal heap of shit that she’s squatting over – like a deranged bird trying to hatch an egg.

And that hope is the young people. Especially when they discover what she has planned for them.