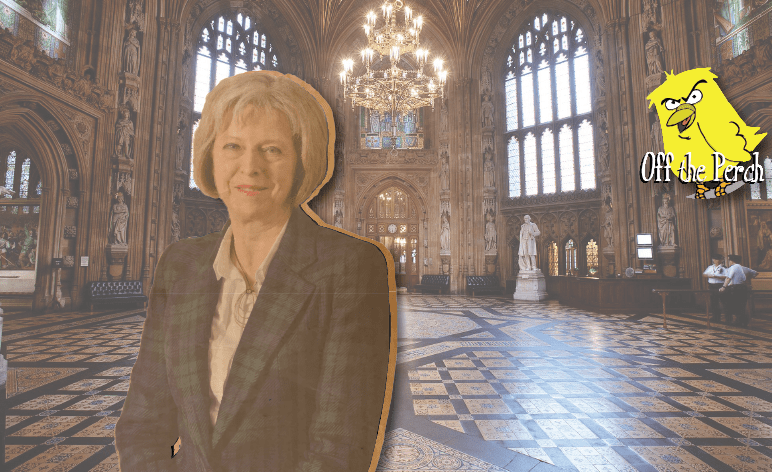 The media and the Prime Minister were left embarrassed today. Primarily because a cardboard cutout was mistaken for the real Theresa May. But also because it was several hours before anyone even noticed.

The press had been due to meet the PM at 11am. She was late, though. And no one told the waiting journos she was running behind; which unfortunately led to them mistaking the cutout for the real thing.

One of the confused journalists asked:

So Prime Minister, what are your plans for the country?

The cutout didn’t answer, obviously, which resulted in the twitterati pundit-class tweeting things like:

Pure genius from May – keeping her cards close to her chest like that.

So clever. The way she doesn’t give you anything makes it impossible to hold her to account, and ultimately that makes our jobs a breeze!

The total disdain that she shows for the public in not explaining how she will govern them is a breath of fresh air #WheresCorbyn?

To be fair, some of the actual journalists in attendance did try to press the PM. But they’ve been conditioned to:

Simultaneously, the opinion-peddlers above them have conditioned the general public to not find any of that troubling.

But it is troubling.

Because if the press don’t actually press the government, then what on Earth are they for?

Speaking truth, powered by you