Boris Johnson to be kennelled throughout the election campaign - The Canary 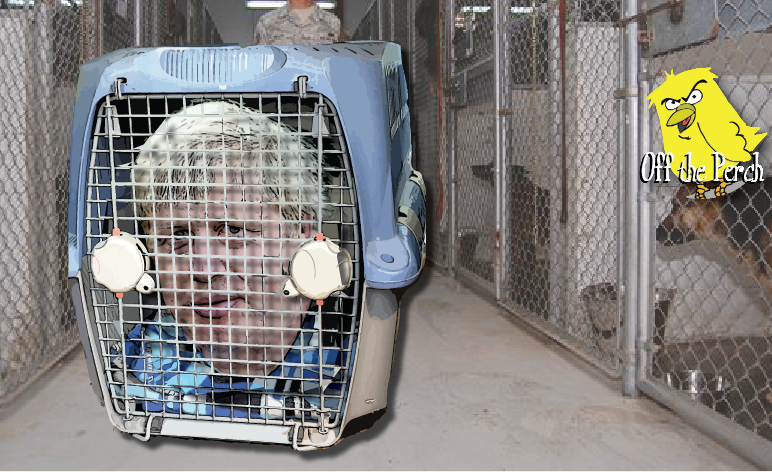 People have been wondering where Boris Johnson is. Although not too hard obviously, as the more pressing issue is ‘where on Earth is Theresa ‘no show’ May?’

Although the Prime Minister remains at large, the mystery of the missing Boris has at least been solved. As it turns out he’s been kennelled in a facility just outside of Berkshire.

We spoke to the intern that they employ to take Johnson on long walks to find out what’s going on:

It’s a shame, because Boris really is a good boy, but he’s getting on a bit now. And as such, you can’t really trust him around the electorate.

I took him out to meet some people in Kent the other week, and he ended up humping a fishmonger’s leg. I’d only turned my back for a second!

It’s getting to a point where he’s not even fulfilling his duties as Foreign Secretary. We had a Saudi prince around the other week, and Boris did a wee in his shoes.

Although that pales in comparison to what he did in the Australian PM’s hat.

People ask me why I don’t train him better. I tell them it’s because you can’t teach an old dog new tricks. Especially if said dog went to Eton, because they think they’re better than everyone else, and they’ll do as they bloody well please, thank you very much.

If you were looking forward to seeing what unbelievable things Boris was going to promise in this election, don’t worry. Because Theresa May is unlikely to keep any of her promises either.