The right-wing media has been hiding the truth about Labour's opinion polling. So we've printed it [IMAGES] - Canary Workers’ Co-op 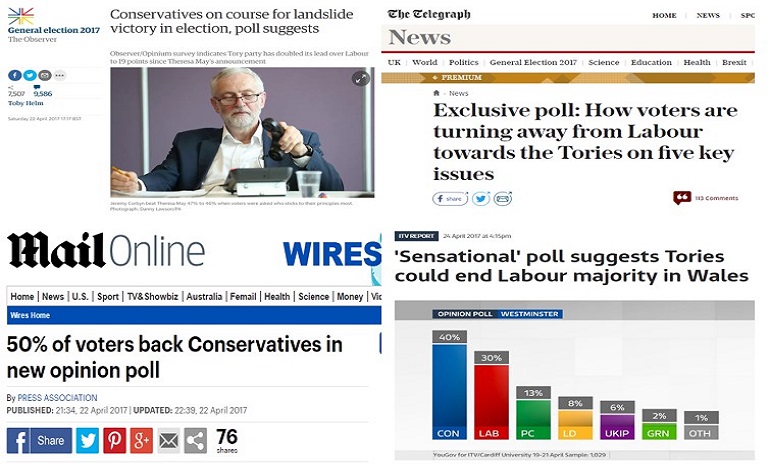 Much has been made by the media of Labour’s poor showing in opinion polls. But what the press hasn’t been reporting makes for interesting reading. And it shows that Jeremy Corbyn’s party could be on exactly the right course for victory.

The press have been swamping the public with headlines about how badly Corbyn’s Labour is doing: 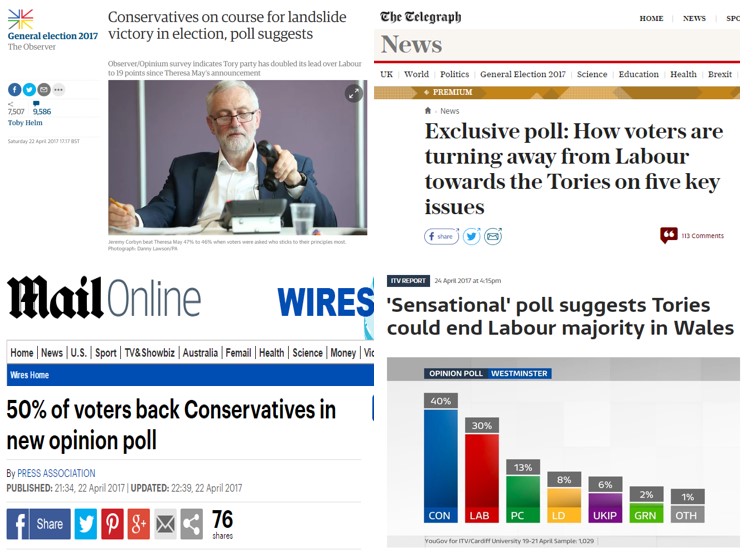 And yes, in the headline opinion polls, the Conservatives are out-performing Labour. BBC News said an average of five polls from April put the Conservatives on nearly 43%, and Labour on just over 25%; a Tory lead of over 17 percentage points.

But what the right-wing press isn’t telling you is the breakdown of polling by demographics. And it’s here that there’s encouraging news for Labour.

YouGov found that Labour was leading the voting intention polls with under-40s:

But the party lagged seriously behind with over-40s. YouGov said that the shift from Labour to the Tories happens around the age of 34:

YouGov’s polling also found that the more ‘educated’ someone is, the more likely they are to vote Labour. But also, worryingly, the party is losing out to the Tories among its traditional working class voters: 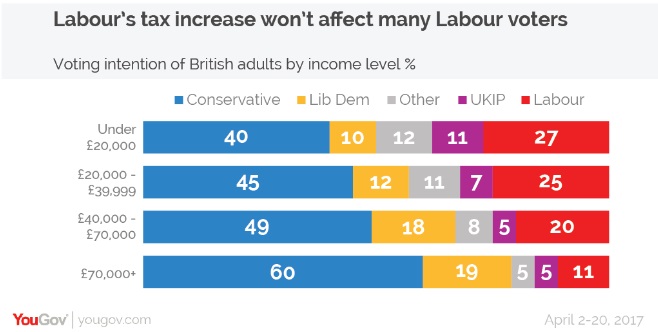 For example, in the 2014 Scottish Independence Referendum, the breakdown of ‘Yes’ and ‘No’ voters by age was: 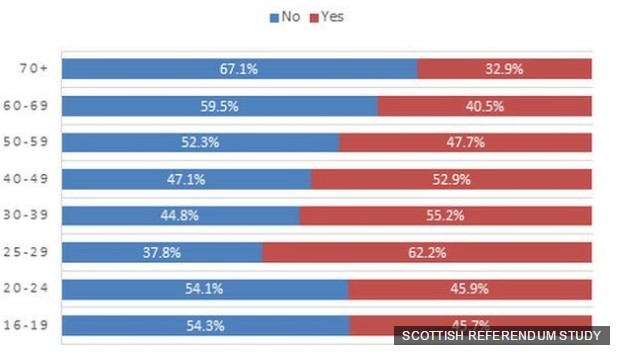 So the majority of people aged 25-49 voted to leave the UK. But in a marked difference to Labour’s situation, the majority of ‘working class’ people voted ‘Yes’ to independence: 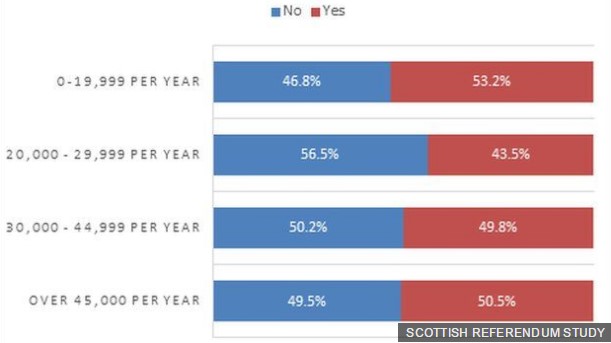 Polling opinion? Or influencing it?

But just how much can we trust the opinion polling? Daily Mail columnist Peter Hitchens said:

Opinion polls are a device for influencing public opinion, not a device for measuring it. Crack that, and it all makes sense.

And the pollsters famously got it wrong on the 2015 general election and Brexit. But if we take the polls on face value, Labour has its work cut out to convince older and working class voters to support it at the election. Although all is not lost, as it has support from the younger generation. And this is what’s most encouraging: these people want progressive politics in the UK. Giving us hope for the future.

But back to the present: either way, Corbyn’s Labour has to campaign like its life depends on it between now and 8 June, and work to get a high turnout among young voters. Because the battle for Number 10 has never been fiercer.

This article was updated at 6.50pm on 26 April to reflect a change. The previous image of Labour’s polling by education was altered to income.