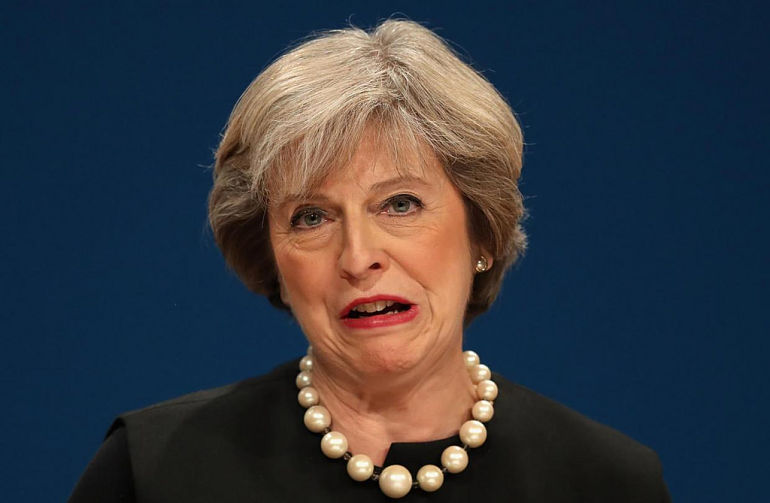 The Conservative Party has long tried to convince people that it’s “the real workers’ party”. But one recent image sums up the truth perfectly. That is, that the Tories couldn’t be further from a ‘workers’ party’ if they tried.

Forget the fact that Theresa May’s party wines and dines millionaire donors, slashes corporation taxes, and lowers taxation for the highest earners. Or that it does so while overseeing a freefall in the real terms wages of ordinary workers. If you want a visual depiction of a party run by and for the richest people in society, you couldn’t come much closer than this:

No, your eyes aren’t deceiving you. That’s the Conservative Prime Minister. With a helicopter. At a golf club. It doesn’t get more ‘elite’ than that.

So much for being “the real workers’ party”, eh?

Ahhh, living within our means ☺️👌🏻😐

How thoroughly ordinary of her

With the general election campaign hotting up, the difference between Theresa May and Jeremy Corbyn could hardly be more obvious. As May speaks to sombre crowds and stages awkward meetings with factory workers, Corbyn is often surrounded by laughter and enthusiasm. As May presents a vision of a passive, glum and dispirited society, Corbyn presents one of energy and hope. And don’t take our word for it.

Theresa May's visit to a Welsh factory today looks so staged that it resembles a propaganda clip from North Korea. #WheresTheresa pic.twitter.com/lyTm1cdX7i

Tory Newspapers mislead ppl not 2like Corbyn. When people find out about/meet Corbyn & look at his policies -they love him!#nationalteaday pic.twitter.com/htEc0NpnrM

Crazy day! Was great to meet @jeremycorbyn and hear how he's going to save #OurNHS @theRCN @daniellejade198 @Ant8Johnson8 @KCLNMS pic.twitter.com/9kZcI2Var6

In short, the Conservative Party’s campaign and vision for Britain aren’t just elitist. They’re thoroughly distant and uninspiring, too.

We can do much better than that. We can vote instead for better wages and public services for ordinary working people. And we can vote for hope and change rather than more of the same.