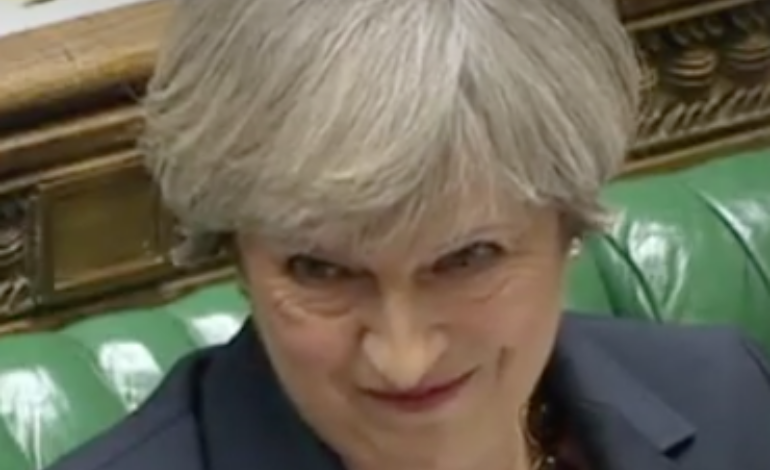 Not only has Theresa May ruled out participating in public debates. She also seems very reluctant to meet real people. But footage from Prime Minister’s Questions (PMQs) shows exactly why. And her failure to answer key questions will be of fundamental importance to some of the Conservatives’ most loyal fans – pensioners.

Will the Prime Minister give a clear and unambiguous commitment to maintaining the triple lock on the state pension?

But May could not. She hesitated and stumbled over her words. And she seemed to think that, if she added the word “clear” into her answer a couple of times, it would do the job. It didn’t:

I’ve been very clear that under this Conservative government we see… we have seen… er… pensioners benefit.. er… as a result of what we’ve done to the basic state pension… to the tune of £1,250 a year.

And I am clear that, under a Conservative government, pension incomes would continue to increase.

He continued to call her out:

May fumbled again. Until she found a ground she was comfortable on – mindless SNP bashing:

Meanwhile, Jeremy Corbyn couldn’t be clearer. He answered in one sentence, saying:

Labour will guarantee the triple lock.

This is a problem for May. The Labour leader and his party are giving clear, coherent answers on a raft of policies. And he is showing an alternative. May, meanwhile, is left fumbling over her words, unable to justify what will clearly be an unpopular policy. And ultimately relying on shouting slogans to get her message across. It’s not a good look.

And this is why May is dodging the TV debates and the public in general. She doesn’t perform well in debates, and she knows it. On top of this, she is having to defend an abhorrent record; one she apparently wants to make even worse.

Although there are many pensioners living in poverty, the Conservatives have been unwilling to attack their meagre benefits with the savagery they have with the rest of the welfare system. But the gloves are off. And now it looks like they’re also coming after elderly people.

Is this really the government we want to see back in power in June?