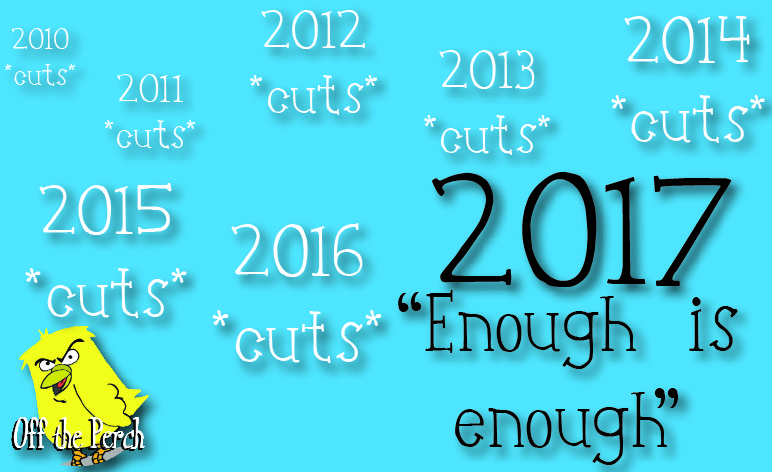 Theresa May came out on Sunday 4 June and said “enough is enough”. As for too long, the people tasked with protecting us have seen their funding cut. But the Prime Minister has assured us that whenever she finds out who made those cuts, there’ll be hell to pay!

The police have been telling the Home Secretary that “enough is enough” since 2012:

Unfortunately, no one remembers who the Home Secretary was back then. Least of all the usually top-notch media, who were largely happy to take the PM’s speech at face value.

May has assured us that she “is very clear that the former Home Secretary must be found”. She refused to say how we would actually track down this rogue politician though. Saying instead:

Strong and enough. I mean enough is stable. I mean strong and slogan. Slogan and slogan! Damnit!

In the meantime, the Tories have promised an increased ‘police presence’. Which doesn’t mean ‘extra police’, because we’re not made of money – there’s no magic slogan tree!

Instead, officers will be encouraged to walk around carrying a big mirror. A move which could make it look like we have twice as many feet on the street as we do now. It could even appear like we have infinite officers if you get two of them to walk side-by-side angling their mirrors right.

They’re also going to introduce ‘police-crows’ or ‘scare-perps’. Which will be regular scarecrows basically but with police helmets.

And of course they’ll be spying on regular people online. Because Theresa May would use pretty much anything as an excuse to get into our emails. Almost as if she was just a really creepy weirdo.