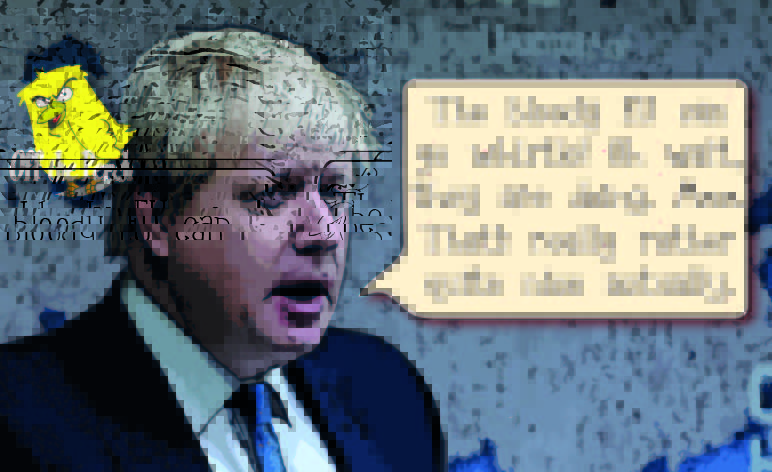 When Boris Johnson said the EU can “go whistle” over the Brexit ‘divorce bill’, most people thought:

Oh look – there’s Boris Johnson – saying things again. Just like when he said all that other stuff that he never stuck to; or – let’s be honest – never really believed in the first place.

Like most things that Johnson says, though, his comments have come back to bite him on the arse.

It’s important to remember that the EU negotiating team is made up of highly trained negotiators. The UK team, meanwhile, is made up of some guys that Dave Davis found at a bus station.

Saying the EU “should whistle” probably sounds quite funny to the sort of people who still find Boris amusing. And yet, it seems like the EU may do just that.

We spoke to the EU’s lead negotiator to find out more:

Of course, every EU negotiator is trained in the important cultural, physical, and mental fields. I myself am a black belt in karate, a Michelin starred chef, and one of only three people in the world who can rap the theory of general relativity. And, of course, I am an excellent whistler.

The negotiator proved his whistling skills by belting out a melody so beautiful that it literally brought birds down from the sky. A melody so hypnotic that Boris Johnson – who coincidentally happened to be passing by on his Boris-bike – took his wallet out and threw cash at us.

In response, we asked why he thought the UK team was not so highly trained:

Well, not everyone needs to follow the same high standards of negotiation. I understand that your negotiating team saves money by sharing the same pen, which is… I suppose… indicative of a healthy dedication towards thriftiness… I suppose?

Whatever your opinion of the EU or Brexit is, it’s hard to deny that Boris is anything but a serial bullshitter who makes everything he touches worse.

And also, that if he himself was forced to whistle for his supper, he’d probably blow a raspberry and then choke on his own spittle.