A constituent wrote to his Welsh Tory MP to ask about his voting record. This was the woeful response [IMAGE] - Canary 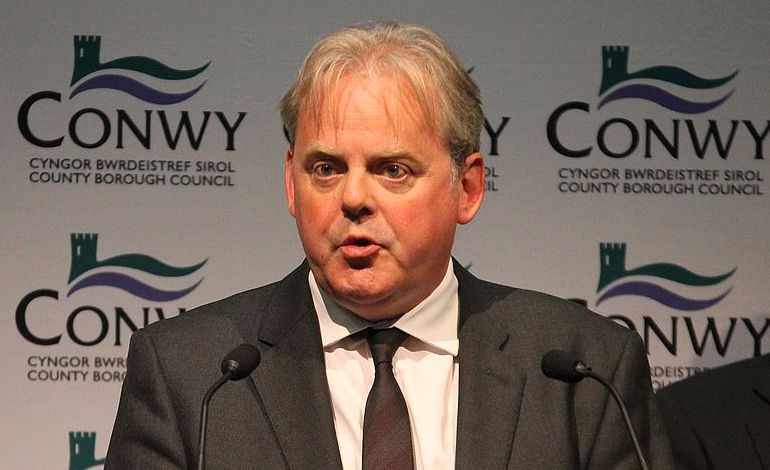 Welsh Conservative MP Guto Bebb has responded to a question about his voting history by telling his constituent they were ‘talking out of their arsehole’.

Eurwyn Thomas sent the MP for Aberconwy an email regarding his vote on the public sector pay cap, and received a “toe curling” reply.

The letter, written in Welsh, translates (translated by the author of this article) as:

Thank you for your childish email.

It seems that you shouldn’t worry about your arsehole. It seems it is alive and well since you are talking through it.

Neither I or anyone else voted against a pay rise for anyone. Very simply, the Labour improvement was refused by the house as it wouldn’t have been viable. A fact you never even considered.

Further to this, it is irresponsible to claim that a £9bn increase in public spending would not impair on public tax payers. Fair also to ask why workers who enjoy a salary higher than that of the national average would gain such promises from Labour?

I’m pleased to see your dedication to rid the country of Conservatives like me – political activism is a good thing. It is wonderful that a true Welsh man like yourself would like to see Labour holding a seat in Aberconwy. The exact same Labour Party which had party members harangued against local agriculturalists in Trefriw for daring to ask a question in Welsh.

It’s obviously arseholes to your local priorities too, it seems.

And to make matters worse, Bebb repeatedly misspelt the Welsh for ‘arsehole’; adding an apostrophe to the word tin changes the English meaning from ‘bottom‘ to ‘you are’ (ti’n), meaning Bebb effectively called his constituent a ‘hole’. 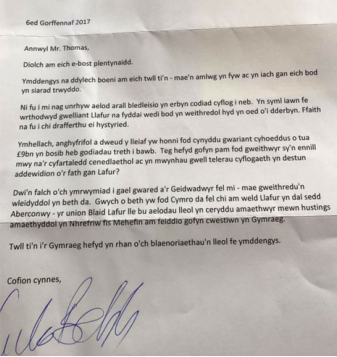 Not a Welsh arsehole

Thomas said he was:

Taken aback by Mr Bebb’s response, given his elected status and the vastly reduced majority of late. It is certainly not what a constituent would view as a professional and reasoned response to a legitimate query to their MP.

Moreover, to tell a constituent that they are talking through their ‘arsehole’, is not just churlish and childish. It goes against the spirit of parliamentary standards.

Mr Thomas wrote two abusive and rude emails to me in Welsh where he stated;

The exchange was in Welsh and it’s a commonly used phrase in Welsh that somebody is ‘talking through their arse’. I therefore told Mr Thomas that he clearly still had his since he was talking through it. I would write the same letter again.

As a paid public employee I do wonder why I should be subject to constant on-line abuse and vindictive, spiteful and rude emails. Would a Doctor or a Teacher expect such a barrage of abuse?

But no matter who used the word first, the sitting MP’s response was pitiful.

Bebb has been vocal in calling out abuse towards Tory MPs. On 10 July, he wrote:

Here in Aberconwy for the first time in the five elections that I have contested we had posters destroyed, property of those willing to display posters damaged and businesses who were thought to have shown support to my campaign threatened with boycotts.

People who wanted to take part in the democratic process were intimidated here in our own community.

Yet he himself is throwing insults at his own constituents. And this is not the first time this week the Tories find themselves on the back foot regarding their MPs’ behaviour. In fact, the party and its supporters seems to have very clear double standards when it comes to abusive language or smearing opponents.

Conservative MPs are right to say that any actual abuse should stop. But perhaps they should also be getting their own house in order.

This article was updated at 10.00am on 13 July to clarify the sentence about the mis-spelling of arsehole.

– Consider becoming a member to support The Canary and the work we do.

– Find a local People’s Assembly group and get involved.