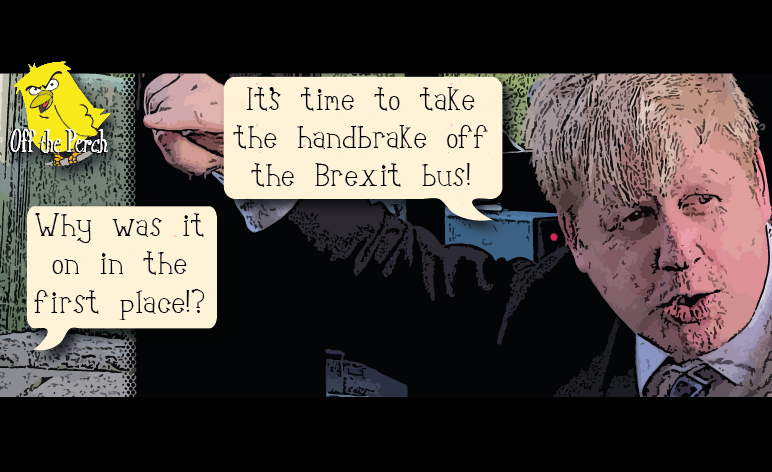 The latest statement from the EU and UK promises that Brexit talks will be ‘accelerating’. A statement which may mean less than you think.

Yes, well obviously things will have to accelerate. When you are at a standstill, the only option is to move forwards. This does not mean talks will move particularly fast.

At this point, an aide came forwards and whispered in Juncker’s ear that moving forwards was not the only option – there was also a chance we could accelerate backwards.

Juncker took his head in his hands and muttered, “But of course, it will be backwards”.

While most people think acceleration is probably a good thing, there’s one group that doesn’t. Namely the group of Brexiteers who have decided that ‘no deal’ is the most patriotic option. Probably because it’s the only deal we’re skilled enough to get. And as such, deciding it’s patriotic in advance saves embarrassment later.

We spoke to prominent no-dealer, Edmond Noelson, to see what he thought:

ALL OF THIS ACCELERATION NONSENSE IS A CUNNING, EUROPEAN PLOY TO TRICK US INTO REACHING SOME SORT OF DEAL! THERE CAN BE NO SURRENDER! WE MUST FIGHT FOR THE NO DEAL THAT OUR ANCESTORS LOST THE HUNDRED YEARS’ WAR FOR!

There’s also the chance that this whole ‘acceleration’ thing is just this week’s buzzword.

And if by this time next week talks are still stalled and May is talking about a ‘Great British Brexit on Toast’, we’ll know that it was.