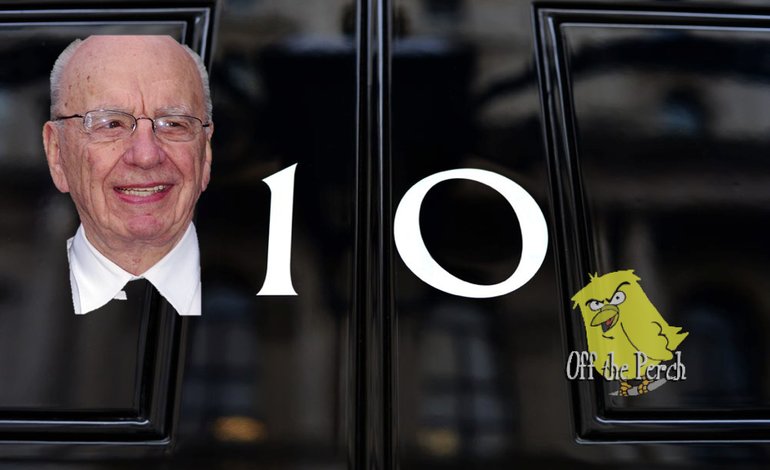 In his role as co-chair of News Corp and 21st Century Fox, Murdoch oversees a number of prominent news outlets. These include The Sun, The Times, and Fox News. But from 8 January 2018, Rupert Murdoch also became Overlord-in-Chief of the UK government. Announcing the appointment, Murdoch said:

I look forward to dealing with a number of emerging challenges facing the country. Not least Brexit. Frankly, it is time to set aside the monkey, and allow the organ grinder to get on with things.

The 86-year-old tycoon will take responsibility for most (if not all) prime ministerial duties: leading press conferences, attending international summits, developing domestic and foreign policy, appointing and removing cabinet ministers, and selecting a successor for Theresa May. Some commentators expressed alarm at the unprecedented powers Theresa May has granted Murdoch. Law and Politics Professor Ina Ephraim of Oxford University told Off The Perch:

This is unprecedented. In effect, Rupert Murdoch has been made Prime Minister by appointment. Theresa May has handed complete authority to an unelected representative of a foreign state.

But the Conservative Party argued otherwise. Responding to the comments from Ephraim, a spokesperson for Theresa May stated:

This scaremongering has to stop. Rupert Murdoch will have only those powers which Theresa May agrees to grant him. That’s democracy.

Members of the public openly expressed disagreement with the government’s line.

Lest we forget who is really in charge these days. #cabinetreshuffle pic.twitter.com/6Ml25j2VcE

Murdoch was not the only unelected person parachuted into the May government on reshuffle day. Several other appointments have provoked concerns about cronyism:

May’s spokesperson concluded: “The new government will be one of the oldest, whitest and malest since Nancy Astor became the first woman to sit in parliament in 1919. And we think that’s what the Tory membership wants.”