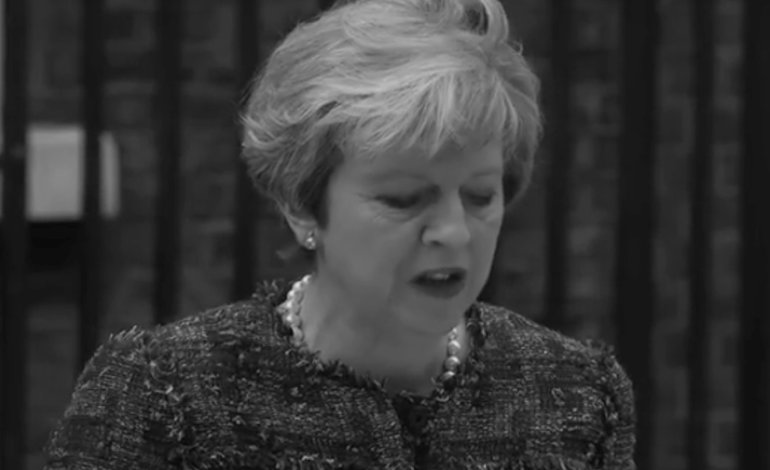 Theresa May has launched her first major cabinet reshuffle today. She will be promoting favourites, and demoting others. But on reshuffle day, Conservatives are scrambling to retract an announcement, with one minister in, then out, of the new line-up. This hokey cokey reshuffle hints at chaos behind the scenes.

Chris Grayling has served in successive Conservative governments, from the Department of Work and Pensions (DWP) to the Ministry of Justice. But when Theresa May became leader of the party, she moved him from justice to transport. 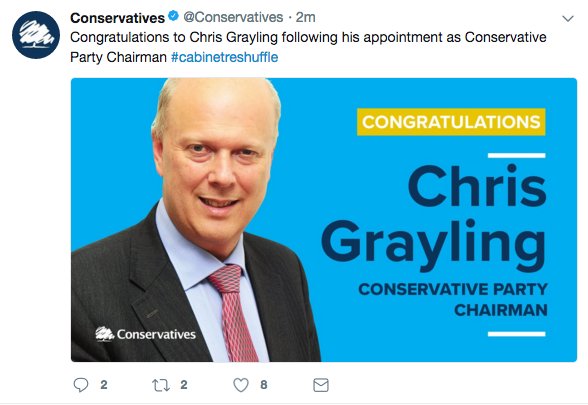 The BBC picked up the story. But suddenly, and without explanation, the announcement disappeared.

The Guardian‘s Political Editor expressed her own confusion on social media.

BBC confirming Grayling appointment but advisers saying its speculation and he hasn't been to no10 yet. The Conservatives had tweeted a congrats, though its now disappeared. What is going on!? pic.twitter.com/8GDc0RE4kS

Shortly afterwards, the BBC reported that Brandon Lewis would take the post. But Number 10 even failed to make that announcement without issue, misspelling ‘portfolio’.

Is Porfolio our #covfefe? pic.twitter.com/JQsuLLJnio

From the Westminster press pack to regular voters, the unmistakable whiff of calamity.

Couldn't make it up. They're reshuffling a reshuffle before it has even started. Official Tory party account tweeted that Grayling was new Party Chairman before deleting the tweet, with Brandon Lewis now tipped as taking that position. We are governed by clowns.

The Conservatives have just deleted this tweet – they announced Chris Grayling as their new party chairman, but only for a matter of seconds! pic.twitter.com/sA7oEM5kSv

Meanwhile, Conservative insiders began to leak that Grayling had indeed been intended for the post, but got bumped last minute due to internal strife.

Like May’s catastrof*ck conference speech in 2017, her reshuffle has unravelled calamitously. Former Labour minister Lord Andrew Adonis – who resigned as infrastructure adviser to the government last week over the May government’s handling of Brexit – gave a candid view of the reshuffle.

About a third of the Govt, led by Chris Grayling, shd resign for incompetence. But reshuffles never revive Governments under beleaguered Prime Ministers. They just make them look panicky & desperate – because they are!

There comes a time when a government runs out of ideas and energy, where even the simple things go wrong. And Theresa May’s government has reached this point. These days, the Prime Minister cannot get through a speech or a reshuffle without reaffirming this reality. At some point, and better sooner than later, the Conservatives will have to take action to end the calamity; or face the wilderness years that came when the Major government fell in 1997.