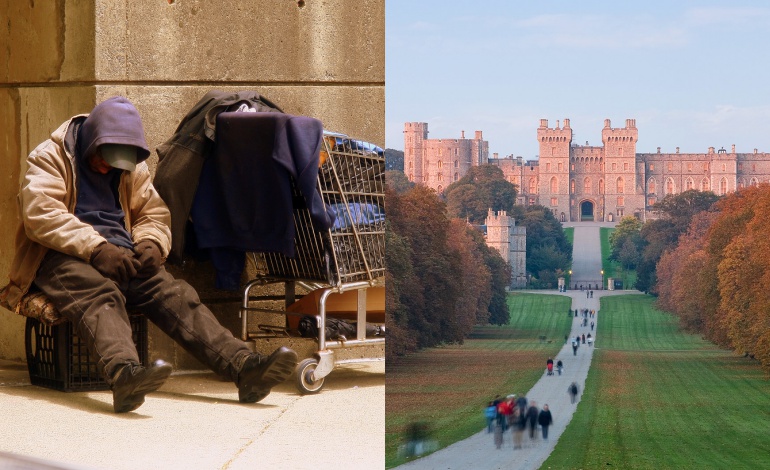 On 3 January, Simon Dudley – Conservative leader of the Royal Borough of Windsor and Maidenhead council – wrote [link to pdf] to the Police and Crime Commissioner for Thames Valley. He effectively demanded that the police remove homeless people from the streets ahead of the royal wedding on 19 May. And although even Theresa May said she “did not agree” with Dudley, his request has prompted huge public backlash. And many people are now planning to head to Windsor to highlight the ongoing homelessness crisis.

Dudley’s letter suggested that police should use the 1824 Vagrancy Act and the 2014 Antisocial Behaviour, Crime and Policing Act to remove homeless people. He claimed “homelessness is completely unacceptable in a caring, compassionate community such as ours”, and said people:

are not in fact homeless, and if they are homeless they are choosing to reject all support services to beg on the streets of Windsor

Even May, MP for neighbouring Maidenhead, ‘slapped down‘ Dudley. And he also faces a vote of no confidence from council opposition.

But the public backlash to Dudley’s letter has pushed the issue of homelessness back onto the very streets that he wanted ‘clean’.

Several events have emerged on Facebook proposing a challenge to Dudley’s ‘position’. Over 6,000 people have registered interest in a Royal Sleepover which asks people to:

Head to Windsor on 18 May with a sleeping bag. Let’s add flasks of hot drinks, soup & snacks & let’s show the homeless people of Windsor they are valued & loved & don’t deserve to be treated like rats. All welcome, please invite all of your friends.

And on the day of the wedding, there are several peaceful demonstrations planned, which are rapidly gathering thousands of supporters. Organisers of these events have said:

Perhaps we can become a voice for those ignored by Government and on behalf of and in solidarity with those affected by homelessness provide an alternative wedding spectacle.

As The Canary has previously reported, there is a homelessness crisis in the UK. And the latest figures show that:

Lack of affordable housing and changes in welfare policy indicate that many more could suffer in the future. The latest report from homeless charity Crisis suggests:

The welfare changes introduced in this decade and those planned for the coming years will reduce the incomes of poor households by some £25 billion a year by 2020/21.

Dudley’s plan to ‘clear’ the streets seems to have backfired spectacularly. Many now want to challenge his view that anyone ‘pretends’ to be homeless. He’s pushed discussion about the homelessness crisis into a very public forum. As a result, thousands are ready to line the streets of Windsor in May. And they won’t be there to wave at Harry and Meghan, but to insist that this crisis cannot be so easily ‘swept away’.