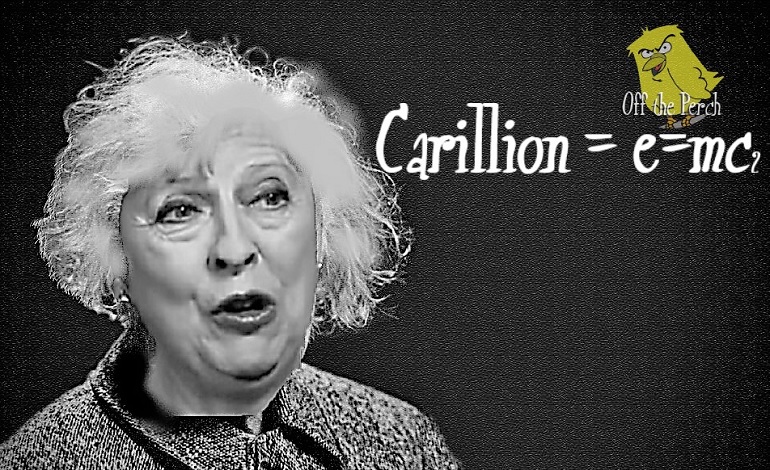 Theresa May has witnessed a sudden resurgence in popularity in the wake of the collapse of government contractor Carillion. Because thanks to a Cabinet Office memo leaked to Snake Oil Quarterly, it has been revealed the PM has a plan to stop private companies leeching public funds: she intends to ban the name ‘Philip Green’.

Bring on the revolution!

Senior Tories have branded May a “genius”, “inspired” and “revolutionary”, after the details of the draft proposals were published on Monday 15 January. As Snake Oil Quarterly reported, May was responding to mass confusion on social media over which Philip Green actually ran Carillion: the one who oversaw the collapse of a massive company putting workers’ pensions at risk, or the former chairman of BHS.

The government will be introducing legislation, branded the ‘Crooked Bastard’s Charter’, to outlaw any parent naming their child Philip Green. This is due to the strong possibility of that child growing up to be a greedy, self-serving, spivvy bastard who’s only interested in milking the public and protecting his massive bonuses.

A senior government source told Off The Perch:

The PM had originally wanted to implement a mass extermination programme, or ‘cull’, of every person under the age of 18 named Philip Green. But after consulting with Iain Duncan Smith’s Centre for Social Justice thinktank, she realised the impact on the deficit would be too great.

So the proposals were watered down in line with recommendations from Donald Trump’s ‘Greek fan club’ Golden Dawn. The PM is confident that this mechanism will allow only government-approved crooks and chancers to run massive multinational corporations. Not these reckless shits that keep slipping through the net.

May has ignored calls for Carillion to be nationalised, and for all Private Finance Initiative (PFI) contracts in the public sector to be brought ‘in house’, claiming that it is “not the government’s job” to protect its citizens from being “exploited” and “sewn up like kippers” by the private sector.

Please, May? Can we have some more?

Labour, though, has hit back at the plans. A Jeremy Corbyn insider mumbled to Off The Perch:

Meanwhile, it has been announced that George Osborne’s vulture capitalist firm, Blackrock, will be taking over the running of the entire Department for Work and Pensions, the Ministry of Justice and the Foreign and Commonwealth Office. This is due, according to May, to its “excellent work in making huge sums of money from Carillion’s collapse”.

A random man on the street whom Off The Perch bumped into said:

Where’s my dinner? And did you see EastEnders last night???

As Karl Marx once said: “history repeats itself, first as tragedy then as farce”.