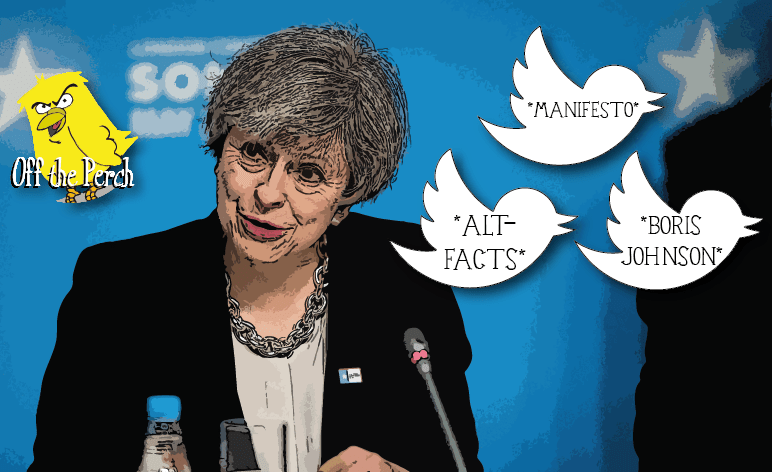 In a bid to stop the spread of disinformation, Theresa May has called for a ‘fake news’ rapid response team. The team has already encountered a problem, though. Namely that the biggest muck-spreaders of all appear to be the Tories themselves.

We spoke to one of the rapid-responders to see what went down:

In preparation to go live, we needed to confirm that our bullshit detectors were configured correctly. To do so, we analysed some public declarations from prominent Tories – assuming that they’d all be factual. The machine came back with a reading of 10 Nuttalls out of 10, though – the highest ranking on the political bullshit scale.

We assumed that some sort of error was giving us a reverse reading. But when we actually read the tweets, that clearly wasn’t the case. There were tweets from Jeremy Hunt claiming that the NHS wasn’t literally on fire; tweets from Boris Johnson claiming that Toby Young was the right man for anything; and tweets from Theresa May claiming that she was actually the Prime Minister.

We took the machine to 10 Downing Street to show them what we’d found. When we turned the detector on them, though, we discovered something shocking. The Tories themselves are made out of pure, unadulterated codswallop.

They literally are fake news.

Although the government has been exposed as an assemblage of charlatans and bullshitters, that’s never stopped it before. And it possibly won’t now, as long as it’s got the press to shift the blame onto the poor/refugees/transgender people/all of the above.