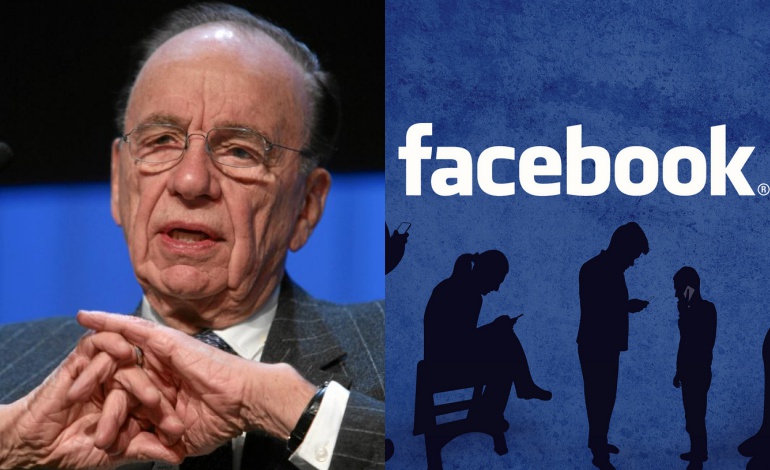 It was widely reported on 23 January that Rupert Murdoch’s attempt to take full control of Sky has been “provisionally blocked”. But what has not received as much media attention is a statement made by Murdoch through News Corp on 22 January. He suggested Facebook and Google should pay “‘trusted’ publishers” (like his) for content. He also implied that people are “wary of political bias” at the tech giants. And he said this without a shred of irony.

Murdoch was critical of Facebook and Google for profiting financially from “scurrilous news sources” that are “inherently unreliable”. It follows an announcement from Facebook to “prioritize news from publications” that are deemed “trustworthy”. Facebook plans to trial a survey in the US to “quell the spread of so-called fake news and propaganda”.

But Murdoch called these “remedial measures” that are “inadequate, commercially, socially and journalistically”.

Murdoch also called for greater investment and recognition of the “social value of professional journalism”. He went on to say of Facebook’s plans that:

there is still a serious lack of transparency that should concern publishers and those wary of political bias at these powerful platforms.

Although News Of the World is no more, perhaps the owner of The Sun, The Times and The Sunday Times has forgotten about the Leveson inquiry?

His concern about “political bias” also seems a little at odds with his reaction to the results of the 2017 general election?

The basic premise of Murdoch’s statement was that Facebook should pay ‘trusted’ publishers for content. He said:

If Facebook wants to recognize ‘trusted’ publishers then it should pay those publishers a carriage fee similar to the model adopted by cable companies. The publishers are obviously enhancing the value and integrity of Facebook through their news and content but are not being adequately rewarded for those services.

Perhaps Murdoch is worried about cash flow after his net worth fell by $1.6bn in 2017? Or perhaps he’s concerned about The Sun‘s falling profits?

As The Canary previously reported, journalistic ‘practices’ by The Sun pose many questions about ‘political bias’. And on 21 January, the lead story in The Sunday Times received wide criticism:

Basic journalism clanger in Sunday Times lead. If the 'source' claims 'allies' of Corbyn have a 'list', who are the allies? If we don't know source or the allies we are reliant of 2 stages of hearsay over a list that clearly does not exist! pic.twitter.com/GvSoVcu0Ks

It’s almost as though Murdoch is getting a little desperate. Now he’s lost the bid for Sky, we can only wonder what his next move might be.