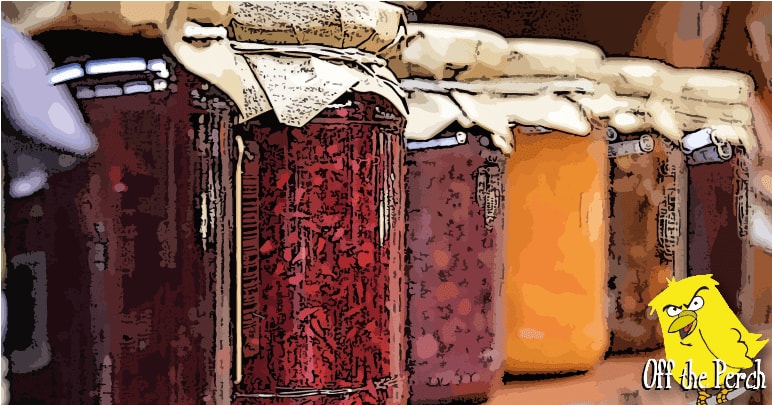 One of the best reasons for leaving the EU is that it gives us a chance to strike up new trade deals. Especially as Donald Trump is in power – a generous man who’s known for making deals that benefit both himself and the person he’s dealing with.

Unexpectedly, though, President Trump has announced a trade war. And while it seems we’d be spared from harm (as we don’t really make anything), the orange menace is going after the one thing we excel at:

Theresa May told Trump about our innovative jams on her last stateside visit. The president either forgot about this or actively chose not to remember, though, as he later tweeted:

People say I ideas smartly. Well here’s one for you – impotent jams. I don’t know what they are, but they’re going to be big #OranginalThinking.

When May called Trump to ask him what was going on, he accused us of stealing his idea and shouted:

Celebrity demagogue-boot-licker Nigel Farage leapt to America’s defence to show how patriotic he is:

May was always going to take the side of the EU against America. https://t.co/LOIXoiNdk0

Kick out the jams

The problem is that America does not in fact make innovative jams. Not in the sense that we do anyway, as what we call ‘jam’ is what they call ‘jelly’, and what they call a ‘jam’ is a drawn-out musical break.

As such, President Trump ordered that funk legend James Brown be Frankensteined and made to groove until such a time that our economy is destroyed. A move which left jingoist flag-licker Nigel Farage dribbling and twitching his leg.