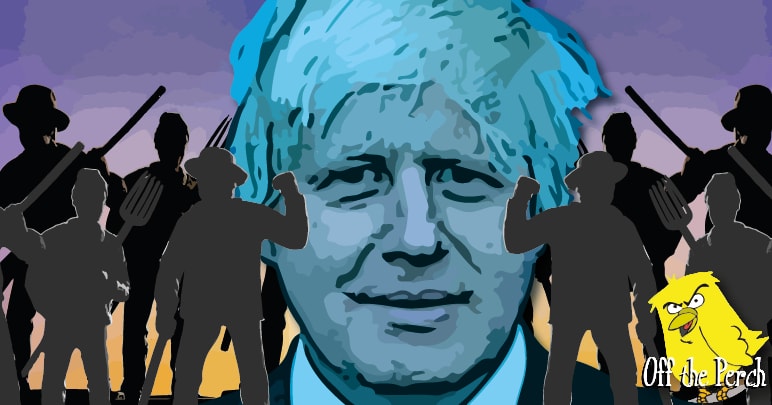 Depending on who you listen to, Jeremy Corbyn said that either:

One reason not to rush ahead of the evidence is that said ‘evidence’ might be wrong. Especially when said evidence is literally made up, as was the case with Boris Johnson’s claim that Porton Down scientists told him:

It was Russia alright. You could tell by the lingering scent of vodka and anti-Western sentiment.

When actually what they’d said was:

Why are you cackling maniacally and gleefully rubbing your hands together like that?

And obviously this lie is a big problem.

Because even now, some people are refusing to believe it.

Of course, there’s a very good chance that Russia did do the poisoning. But just saying that isn’t enough.

It’s a bit like when Big Brother insisted that people believe 2+2=5 in 1984. Except actually, this sum is more:

And this is perfectly fine.

It isn’t the job of the media to question things. And why shouldn’t people trust this benevolent alliance of journalists and politicians? They steered us right on the invasion of Iraq and austerity, after all, so why doubt?

Since the 1970s, every British journalist has been fitted with a microchip that activates whenever there’s a sniff of war. Once triggered, the artificial anti-intelligence makes otherwise sensible journalists abandon all rational thought and start banging the nearest war drum.

They are of course completely unaware of this defect in their brains – which is why they’re all so thoroughly shocked when no one seems to trust them.