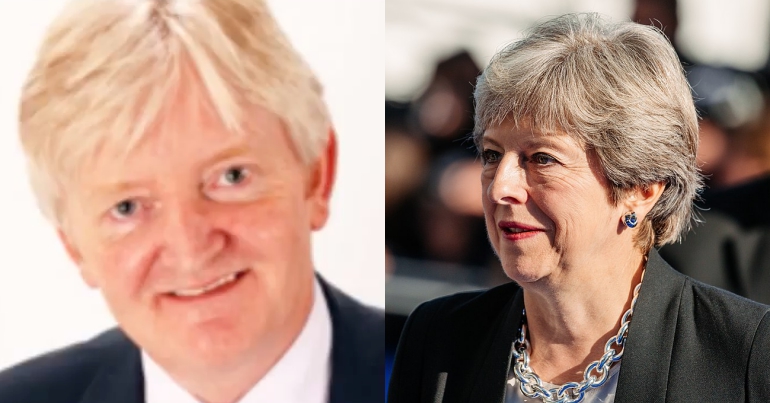 A Conservative councillor has been suspended for sharing an article that called Muslims “parasites”. But while the Labour antisemitism row has dominated headlines across the right-wing media, it appears they couldn’t care less about Islamophobia in the Conservative Party.

Mike Payne shared the article on social media in 2013:

The country is no longer able to hold back the crowd of Muslim invaders, many of whom do not want to integrate into the social and economic life of their new home country, and are content to live off the state and breed like rabbits.

You could be forgiven for thinking this should be headline news. After all, accusations of discrimination and racism in political parties are high on the news agenda at the moment. Except that this prominence only seems to apply to Labour Party supporters.

Politics Home broke the story on 4 April. The Mirror also covered it. The BBC reported the story, but only in its regional coverage section. And iNews covered it too.

But at the time of writing, none of the right-wing media have covered the story.

Meanwhile, the Mail Online is spending yet another day lamenting the fact that, according to whatever standards it sees fit, Jeremy Corbyn likes to hang out with the ‘wrong sort of Jew’.

In other ‘why isn’t there a multi-front page shit-storm about racism, Islamophobia and anti-semitism in the Tory party’ news…. https://t.co/hmZ66WX3zc

But it’s not just the media perpetuating double standards. Payne himself has been tweeting about the Labour antisemitism allegations:

And on the same day, he retweeted this tweet about London mayor Sadiq Khan:

He also retweeted this:

Payne attempted to justify the posting of the article on the grounds that his family are “half French” and that immigration in France is a “specific problem”. But there can be no excuses for this “vile slur”:

“The use of ‘parasite’ is a vile slur, leaving the Tories with questions to answer over how they handle this case. Why hadn’t Calderdale Conservatives acted before now? #mikepayne https://t.co/hea6CArIdc

And people wanted to know what the Conservatives are doing to tackle Islamophobia in the party:

Conservative Councillor Mike Payne has been suspended after tweeting about "Muslim parasites". @JamesCleverly, will you condemn these appalling and hideous remarks?

What is the Tory party doing to tackle Islamophobia within its own party?.. pic.twitter.com/xlNrwNF7GP

As The Canary previously reported, racism is apparently “endemic” in the Conservative Party. And Payne’s comments cannot be read in isolation. Other recent incidences of racism include:

Two wrongs do not make a right. Conservative racism does not excuse any antisemitism on the left. But it is vital that we highlight these double standards. It doesn’t take much imagination to see the headlines and saturated coverage that would have ensued if this had been a Labour councillor tweeting that Jewish people were “parasites”.

Let’s stamp down on antisemitism on the left because it’s the right thing to do. But let’s never forget that it’s the Conservatives who suffer from “endemic racism”. And let’s not forget the antisemitism row is being championed by elements of the press accused of “fuelling hate crime”.

Payne’s tweets and the other accusations of racism in the Conservative Party are disgusting. They need tackling and they need equal prominence in the debate. Otherwise we might be right to suspect that the current news stories are nothing but a thinly disguised witch-hunt against Corbyn, and not a genuine desire to tackle racism in our society.