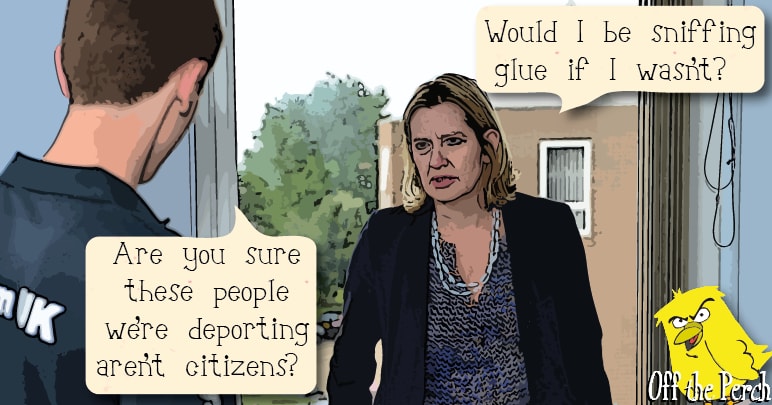 Be honest, we’ve all been there.

You’re just minding your own business – getting on with things – when suddenly you’ve targeted a UK citizen, ignored their months of their protests, physically put them on a boat, and sailed them away to a foreign country.

Everyone does it, right?

So why not give the home office some slack on this whole Windrush affair?

Look – you can’t expect the home office to keep track of who is or isn’t a UK citizen.

An assistant rushed up to Rudd at this point and whispered something in her ear. The home secretary went noticeably grey as she listened.

“Ah,” she continued. “So it turns out it is our job to keep track of that.”

“And you’re sure we can’t just deport the non-white ones?” she asked her assistant.

The assistant shook her head.

“Well I must say, this will certainly make things a lot more difficult,” she responded.

It’s important to remember that the many people dicked about by the home office are just that – they’re people.

This should be an unnecessary thing to point out, but the government doesn’t seem to think so.

NOTE: THE GOVERNMENT CURRENTLY STILL ISN’T SURE IF IT DEPORTED ANYONE FROM THE WINDRUSH GENERATION. WHICH MAY ACTUALLY BE WORSE IF ANYTHING. WHAT THE FUCK ARE THEY DOING OVER THERE AT THE HOME OFFICE?