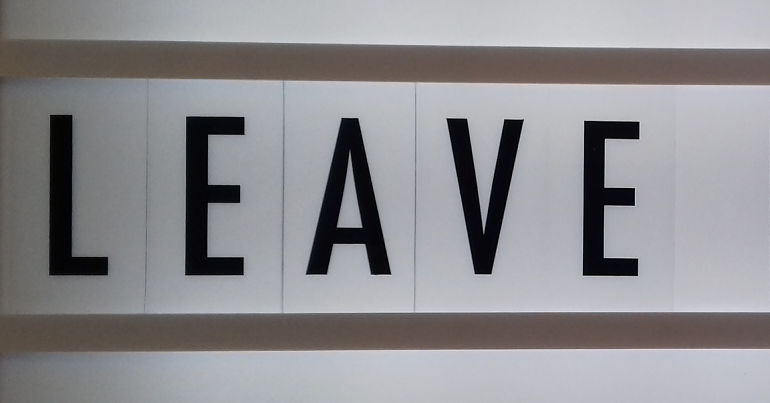 An audio recording and accompanying testimony reveal that a Leave.EU organiser drew inspiration for the pro-Brexit campaign from the Nazis. And in a separate recording the former CEO of SCL Group, the parent company of data miners Cambridge Analytica (CA), appeared to echo those sentiments.

In an audio interview with Briant, Andy Wigmore, the former director of communications for Leave.EU, the campaign fronted by UKIP’s Nigel Farage, stated:

The propaganda machine of the Nazis, for instance – you take away all the hideous horror and that kind of stuff – it was very clever, the way they managed to do what they did. In its pure marketing sense, you can see the logic of what they were saying, why they were saying it, and how they presented things, and the imagery. And that is propaganda.

Here is a transcript [pdf, p3] of the full interview with Wigmore.

This “propaganda” trend was noted by some on Twitter:

Brexit used repeatedly ffs!! 🇬🇧 "On the morning of Cox’s death, Farage unveiled a now notorious poster showing a line of dark-faced migrants snaking its way toward the camera, along with the slogan “Breaking Point.” The advert echoed Nazi propaganda from the nineteen-thirties". pic.twitter.com/3WbHEMr3ct

Andy Wigmore states that he believes that the propaganda techniques of the Nazi’s were ‘very clever’. He also confirms that exploiting voters concerns about immigration was central to their campaign during the Brexit referendum. Given the extreme messaging around immigration that was used during the referendum campaign, these statements will raise concerns that data analytics was used to target voters who were concerned about this issue, and to frighten them with messaging designed to create ‘an artificial enemy’ for them to act against.

Briant also expanded upon the dealings of SCL and CA and their involvement in the Trump, Brexit and other campaigns.

And Briant provided to the committee an interview [pdf, p9] she undertook with former SCL CEO Nigel Oakes, in which he said:

it’s the things that resonate, sometimes to attack the other group and know that you are going to lose them is going to reinforce and resonate your group. Which is why, you know, Hitler, got to be very careful about saying so, must never probably say this, off the record, but of course Hitler attacked the Jews, because… He didn’t have a problem with the Jews at all, but the people didn’t like the Jews. So if the people… He could just use them to say… So he just leverage an artificial enemy. Well that’s exactly what Trump did. He leveraged a Muslim- I mean, you know, it’s- It was a real enemy.

The audio interview with Oakes is here.

The references made by Nigel Oakes from SCL and Andy Wigmore from Leave.EU regarding the propaganda techniques developed by the Nazis are particularly concerning. As Nigel Oakes points out in his conversation with Dr Briant, the Nazis ‘leveraged an artificial enemy’ to make people scared, and through this to incite hatred of Jewish people. “

Brittany Kaiser, CA’s former business development manager, says she advised Leave.EU how to target voters through social media; and that the work-in-kind billed by CA was equal to £40,000 (but undeclared by the campaign group).

Meanwhile SCL created a new company, Emerdata, that links together many of the key SCL figures.

And lawyers representing the DCMS committee have advised [pdf] that in their opinion, there is a prima facie case that electoral offences were committed by the Boris Johnson-fronted Vote Leave in its Brexit campaign. Also more evidence emerged linking AggregateIQ, the Canadian company employed by Vote Leave, with CA.

Prior to the EU referendum, refugee campaigner Jo Cox MP was murdered by a neo-Nazi sympathiser. And in the lead-up and immediately after Brexit, hate crimes soared. Police stated that 3,076 hate crimes and incidents were reported to forces across the UK between 16 and 30 June alone – one week before and one week after the referendum vote on 23 June.

Since then, negative coverage about refugees, migrants and foreigners generally, from certain UK tabloids has been relentless: 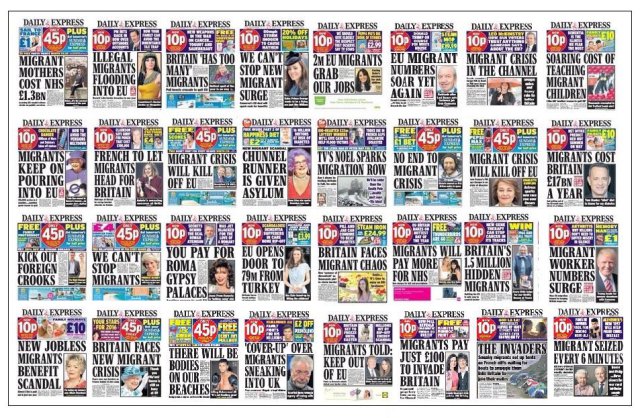 So Hitler “leveraged” Jews like Trump leveraged Muslims, says SCL boss in leaked recording. Who was being leveraged here, Mrs May? pic.twitter.com/UP6wxU1sjT

Those “clever” Nazis would have been proud.