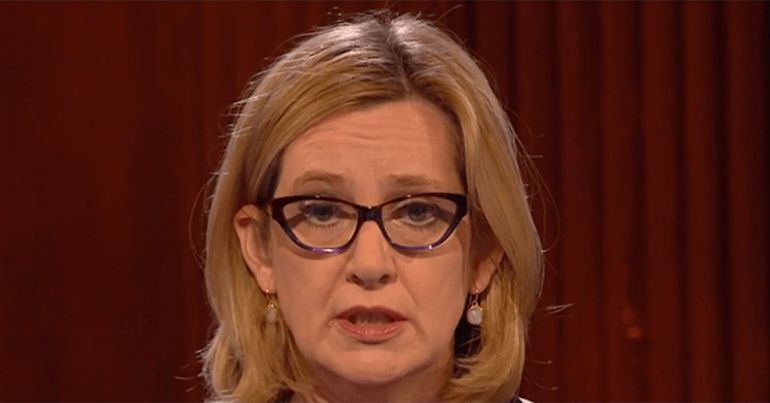 People who arrived from the Caribbean 50 years or more ago are being denied their rights and threatened with deportation after being identified by the Home Office as living in the UK ‘illegally’. Labour MP David Lammy challenged Home secretary Amber Rudd about the “Windrush generation” in Parliament:

My parents came here as citizens, now the #windrush generation are suffering inhumane treatment at the hands of the Home Office.

If you lay down with dogs, you get fleas!

This is a day of national shame: the PM and Home Sec must apologise! pic.twitter.com/gxqoSErU3o

In response, Rudd admitted that she doesn’t know how many people have been deported in error.

Who knows how many citizens the government has deported in error?

It’s worrying that the home secretary doesn’t know the answer to this question. But she’s not alone.

Immigration minister Caroline Nokes admitted in an interview with ITV that some members of the Windrush generation were wrongly deported. But she was unable to provide any numbers.

Though, this wasn’t the first time that Nokes had faced this question. On 9 January, Emma Reynolds MP, in a written parliamentary question, raised it with the Home Office. Nokes responded that providing an answer would have to be done “manually” and that would be too expensive.

Immigration Minister answered a written parliamentary question from me about numbers of #WindrushGeneration who have been detained & possibly deported, she said it would cost too much but surely DOB & country of origin search would tell us. pic.twitter.com/xuwgun39xo

Reynolds suggested that a date of birth and country of origin search might tell us. This is what Lammy has done. From the Home Office published data, he found that of the 12,056 deportations in 2015, 901 were over 50 years of age, and 303 were to Jamaica. This might be a good place to start a case review, Lammy suggested:

#Windrush of the 12,056 deportations in 2015, 901 were over 50 years of age. 303 were to Jamaica. I am calling on @ukhomeoffice @AmberRuddHR @carolinenokes to review all such cases since 2014 to ensure no wrongful detentions have taken place. https://t.co/2WdKiq2YDy

The Home Office publishes data on returns by destination as part of the quarterly immigration statistics release, but these figures do not include information on date of arrival in the UK. Of the 303 people deported to Jamaica in 2015, they could have arrived in 2014 or 1964. We have no way of knowing.

Even parliamentarians have difficulty finding this out. In response to a parliamentary question about deportations on 12 March, Baroness Williams answered that the Home Office does not hold any records of the date an individual arrived the UK.

Rudd apologised for the Home Office’s treatment of these Commonwealth citizens. But she then blamed the Home Office for losing “sight of individuals” and becoming “too concerned with policy”.

Yet, as home secretary, she is responsible for the Home Office – something that Lammy highlighted:

YOU ARE THE HOME SECRETARY IT IS YOUR JOB TO KNOW THIS https://t.co/tsgJmKf6Do

Rudd’s competence has been questioned by peers in the House of Lords.

In response to criticisms, Rudd announced a new team of staff to help people gather the evidence to prove their right to stay in the UK.

People have responded with disgust and outrage at the treatment of the Windrush generation.

Trevor Philips – former chair of the Equality and Human Rights Commission – said on BBC Newsnight that this should be “burning a hole” through the prime minister’s conscience:

“The prime minister talked about burning injustices, this one should be burning a hole through her conscience” – former chair of the Equality and Human Rights Commission, Trevor Phillips, on the treatment of the Windrush generation #newsnight pic.twitter.com/pOJ14mMDwt

A petition is calling for an amnesty for anyone who was a minor that arrived in Britain between 1948 to 1971. At the time of writing, it has over 162,000 signatures.

And a YouGov poll published on 16 April found that 78% of people agreed that Commonwealth citizens who came decades ago should have the right to stay.

Shadow home secretary Diane Abbott points out that this scandal did not fall from the sky:

Govt admits it may have deported migrants from the #Windrush generation in error. The Tories deleted their legal protection with no debate or scrutiny. We don’t want warm words, we want it in writing. @UKLabour are calling for this exemption to be restoredhttps://t.co/okopbj7Gxc pic.twitter.com/Ansr4NlDna

It is, in fact, the result of policies designed by Theresa May when she was home secretary to create “a hostile environment for illegal immigrants”.

We shall see whether Rudd remains ‘clueless’ as the deportations continue. Or whether she does her job: reviews deportation cases and follows through on her promise to change how the Home Office treats citizens.