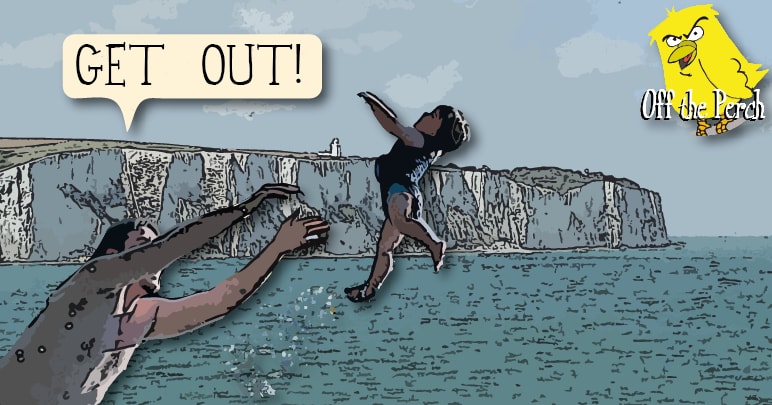 The third child of Wills and Kate, prince Louis, was born on 23 April.

Wills and Kate protested about their newborn’s deportation. Wills said:

But he’s lived here all his life! It was on TV! It was in the papers!

Rudd stared the prince up and down then asked:

When Wills pointed to a nearby Daily Sport, an angry Rudd threw her coffee over it. She then picked a chair up and hurled it at the nearest TV.

“Now he’s in nothing,” she said – rubbing her hands together.

Kate was clearly distraught at this point, and screamed:

But he’s got a birth certificate!

This wasn’t smart to point out, as Rudd snatched the form and shoved it in her mouth – quickly destroying the evidence.

As Wills and Kate complained, home office goons carried the baby away.

By looking at him, the home office was able to deduce that this ‘Louis’ (if that is his real name), was some sort of hereditary German.

As such, we called Germany and informed them we’d be returning their garbage. Germany, however, was confused. Its ambassador to the UK issued the following response:

Are you okay, Britain? Is there a grownup there we can talk to?

Yvette Cooper, who voted for the Tory ‘make it easier to banish royal babies’ bill, is said to be “shocked”. She also said:

Only Labour can stop these royal babies being evicted. Unless… people think evicting babies is a good thing? In which case we’ll evict so many royal babies your crown will spin!

Following a public outcry, the government has claimed to have made a “mistake”. Apparently the bill was only designed to prevent illegal royal babies from entering the country. Theresa May later confirmed:

When I shrieked and raged for a ‘hostile environment’, I never anticipated people losing their cool.