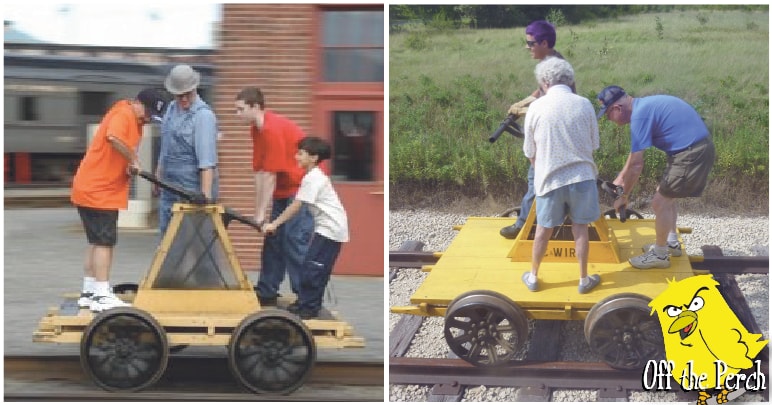 Private rail operators know the jig is up. They’ve scammed us for too long, and the network will soon be renationalised.

As a result, these companies aren’t even trying anymore. ‘Meltdown Monday‘ is the latest example of this. But if there’s one thing we should have learnt by now, it’s that the rail companies can always make things worse.

Trains are now so unkempt and overcrowded that the Black Death has returned to the East Coast Mainline. In order to avoid a breakout of plague on its own service, Southern Rail has announced:

We’ve got a load of them handcars and that. You know the ones where you pump yourself?

It cost us a couple of hundred quid buying them, so don’t shit them up, yeah? Although if you do need the toilet, make sure you’ve brought a carrier bag. And for god’s sake throw it out of sight – don’t just dump it in plain view like an animal.

When asked how wheelchair users would manage, the spokesperson shrugged and said:

Lock their wheels directly onto the track?

As you can imagine, the commuters’ union had something to say about this:

Although the changes proposed by Southern Rail are an improvement, it’s still not good enough. You just can’t expect people to be hand-pumping themselves up and down the country, while winging bags of shit into the undergrowth, in 2018. You just can’t.

When asked about this, the Tory railways minister asked:

Can’t you just have one of your manservants throw the bag for you?