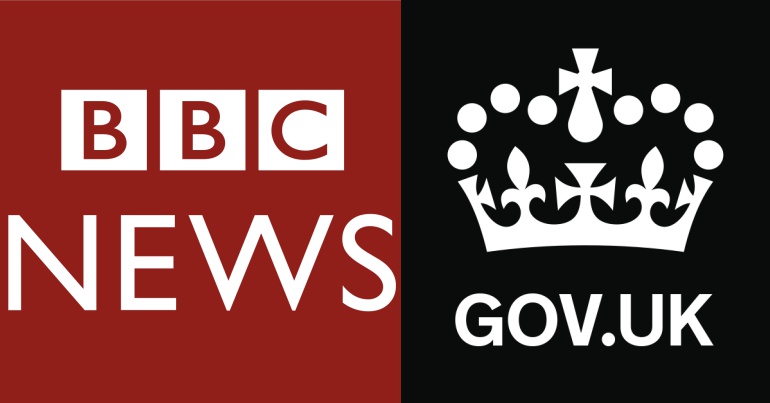 A cross-party report [pdf] released on 21 May, has issued a damning condemnation of the UK government in relation to “dirty money” from Russia. But a BBC news report failed to link the findings to the government.

“Let me help you with this headline”

The report – Moscow’s Gold: Russian Corruption in the UK – was issued by the foreign affairs select committee. It was unequivocal in its findings and said [pdf, p7]:

The Government must show stronger political leadership in ending the flow of dirty money into the UK.

But the BBC headline read: UK turns blind eye to dirty Russian money, say MPs. And there was only one mention of the UK government’s responsibility.

Let me help you with this headline BBC. It should read “UK Government turns blind eye to dirty Russian money” https://t.co/Z9rUmSIIYg

The report states [pdf, p7] that “despite the strong rhetoric” issued by Theresa May’s government following the alleged poisoning of Sergei Skripal and his daughter in Salisbury in March 2018:

President Putin and his allies have been able to continue “business as usual” by hiding and laundering their corrupt assets in London.

It directly accuses the government of turning “a blind eye to London’s role in hiding the proceeds of Kremlin-connected corruption”. According to the report, this:

risks signalling that the UK is not serious about confronting the full spectrum of President Putin’s offensive measures.

The select committee asked the government to work with the EU, US and G7 countries, “to tighten loopholes” in sanctions against Russia. And significantly, “to sanction individuals responsible for gross human rights violations”.

It also said the government’s approach was “ad hoc” and “disjointed” and insisted that:

The UK must set out a coherent and pro-active strategy on Russia, led by the Foreign and Commonwealth Office and co-ordinated across the whole of Government, that clearly links together the diplomatic, military and financial tools that the UK can use to counter Russian state aggression.

The BBC did report this information, but made no reference to the government’s role, until the final line.

The BBC omission is significant, because there are ongoing concerns about Russian donations to the Conservative Party. As Owen Jones wrote in the Guardian, this is a “grotesquely under-reported national scandal”.

Tories have received more than £3m from Russian-linked tycoons and their companies, as well as from lobbyists for Moscow.

And, since May came to power:

Russian oligarchs and their associates have registered donations of more than £820,000 to the Conservative Party.

Some have said on social media that “the Tories talk tough” about Russia. But, “their bank account tells a different story”.

Next time someone says Jeremy Corbyn is "soft on Russia" – show them this. pic.twitter.com/f3e06K5RK0

And even the Russian embassy seems to suggest that this situation could pose some “awkward questions”:

Do MPs want to root out all foreign “dirty money” (and ask awkward questions to some “friends and allies”) or just use selective justice against one specific nationality? pic.twitter.com/KryQKMA6If

This report makes some very clear demands of the UK government. But the findings may pose a serious issue for the Tories, because of their Russian ‘friends with benefits’. For the BBC to focus on this as a UK ‘issue’, and largely omit the way in which the government is implicated, seems almost a little ‘dirty’ too.