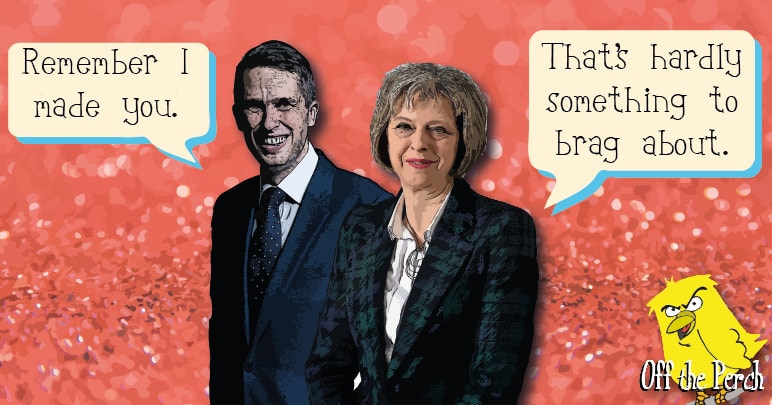 …I mean the defence secretary Gavin Williamson has threatened to topple the government. He plans on doing so in the most fiendish way possible. Namely, by letting May carry on exactly as is.

Back of the queue

Williamson is famous for allegedly putting May in power. Don’t think that’s his only claim-to-shame, though; he’s also had several other balls-ups. His latest being when he told the defence chiefs he’d topple the government if his department wasn’t given an extra £20bn.

When Williamson arrived at Downing Street, however, he found there was a queue of other ministers. They were all there to threaten the government with collapse, and Williamson was sent to the back of the queue.

He was seen later and delivered his threat to May in person. The PM responded:

Is there any chance you could bring me down sooner? I’d quit right now, but all the people threatening me said I’m not allowed to until after they’ve made their move. When will these moves be made though, Gavin? WHEN!?

Some pundits have speculated that having every member of the government in open revolt is genius on May’s part. The theory is that the multiple rebellions cancel each other out – like three goons trying to walk through a doorway at the same time.

Obviously, this is why you can’t trust such pundits. Because if the Tory government spontaneously caught fire, they’d laud it as a genius plan to save money on heating bills.