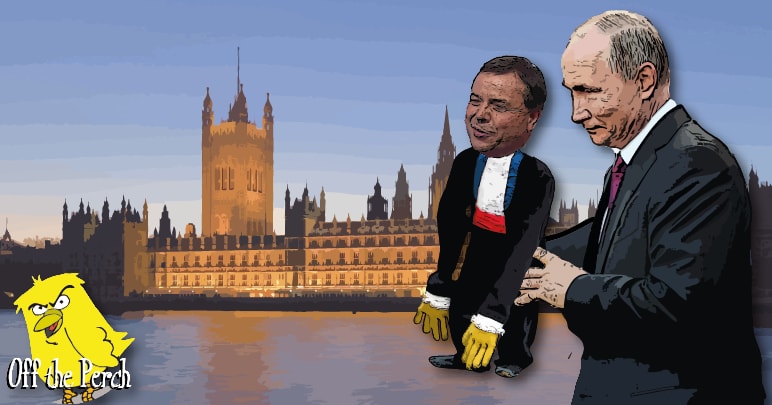 For some time, it’s looked likely that Brexit-backing Arron Banks was in cahoots with Russia. This theory has now been proven, as it’s emerged Putin was literally operating him like a puppet.

People became suspicious when they noticed Banks was always perched upon the lap of a silent man with a moustache. This seemed odd, as the moustachioed man’s mouth would move – even when he wasn’t speaking.

Things got really interesting when forensic experts compared a picture of this mysterious figure to Vladimir Putin: 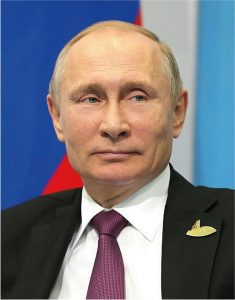 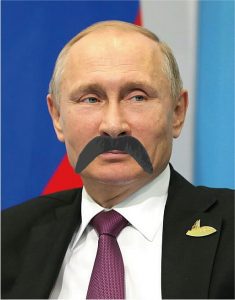 Off The Perch spoke to a psychologist about how we could have been fooled by this obvious muppet:

Now we know Banks isn’t real, the clues are all there. For instance, he’s quite clearly a stereotypical version of what foreign people think of us – an entitled, pie-faced loudmouth.

You have to remember why Russian propaganda works so well, though. They’re very good at pointing out what’s wrong with Britain, because there’s quite a lot to point out. You just need to remember that Russia is equally diabolical, though, and Putin is a shit-weasel from hell.

Some people are worried that Nigel Farage is also a puppet. They shouldn’t be though. That’s just his face.