Jacob Rees-Mogg just tried engaging with the internet. The internet engaged back. - Canary 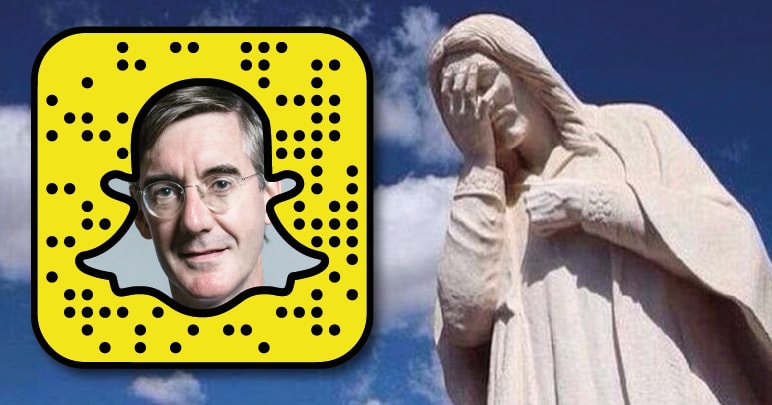 In an attempt to big-up his own idea of Brexit, Rees-Mogg has joined Snapchat. Perhaps feeling neglected, the people of Twitter had something to say about this expansion of the Rees-Mogg empire:

Surprisingly, some people weren’t onboard for more Mogg: 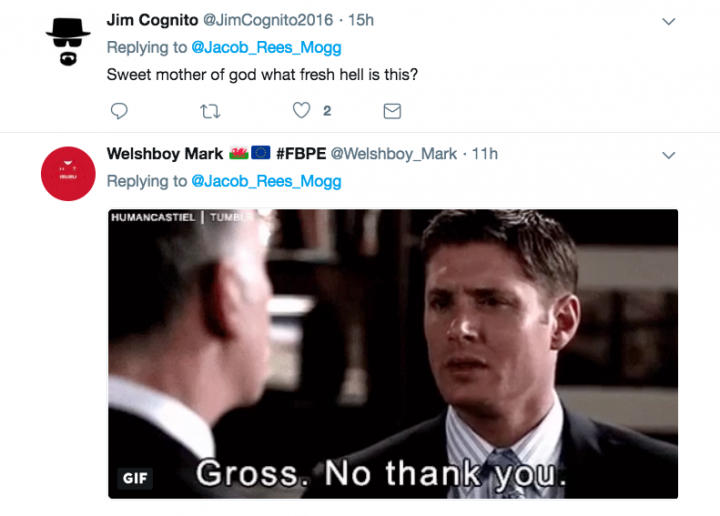 Some thought it was good for the old boy to get out: 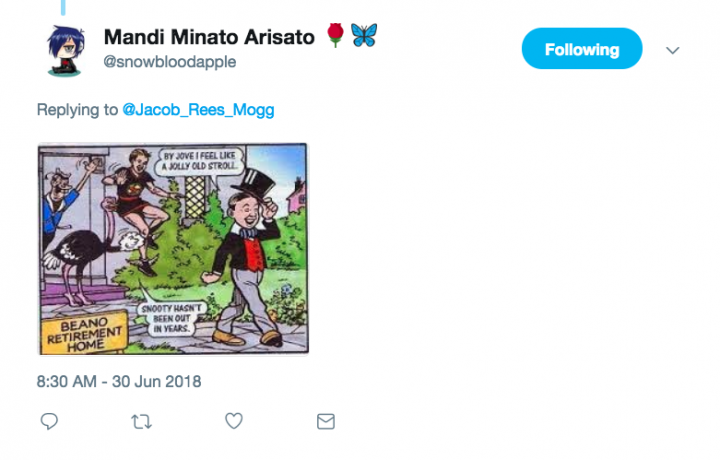 And praised his dedication to engaging with the youth: 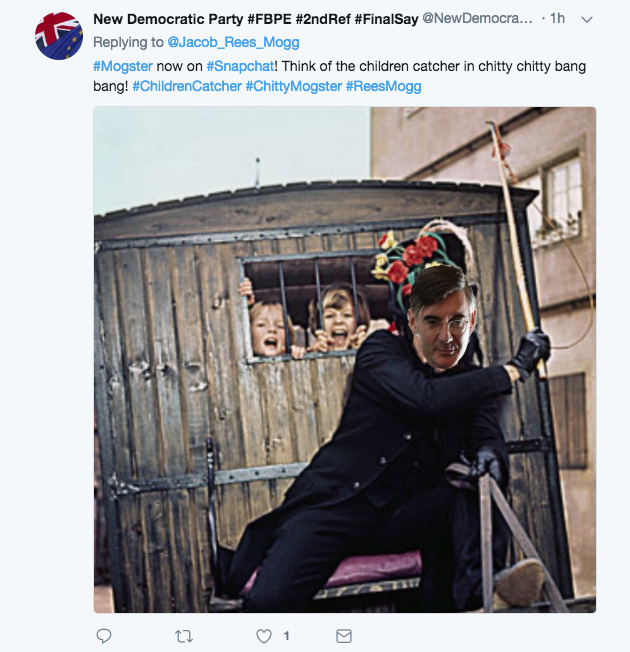 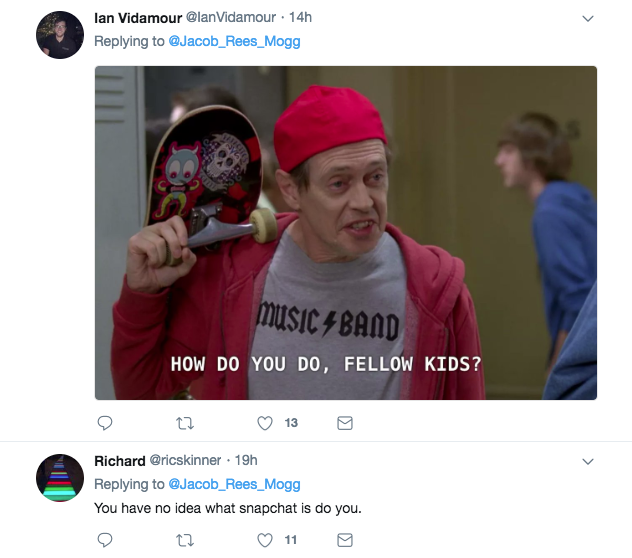 Unfortunately, some of the riff-raff got in, and questioned if it was really him behind the account: 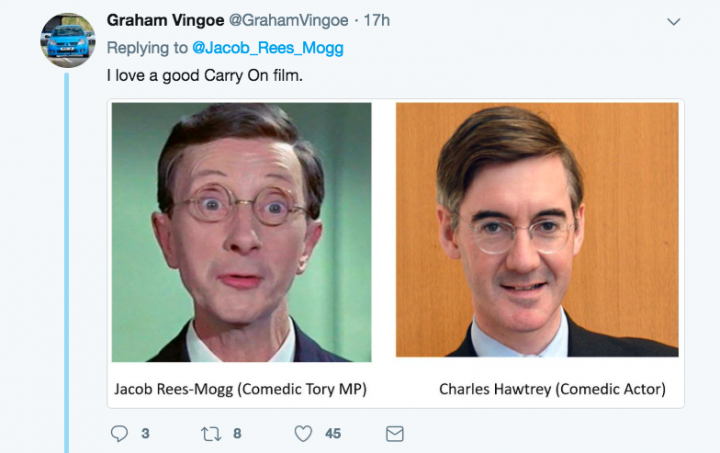 At one point, there was slight confusion about how all these internets work: 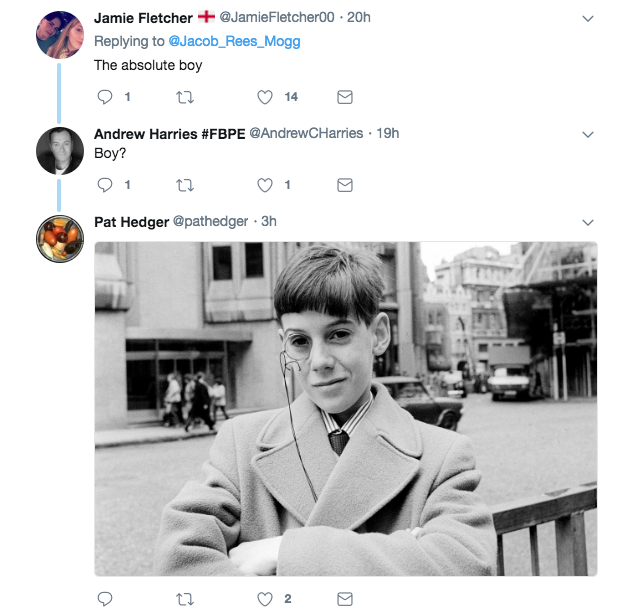 And some wondered if Rees-Mogg would use Snapchat to elaborate on his Russian business dealings:

While others hoped Rees-Mogg would use these social media ‘flat forms’ to seize control of government: 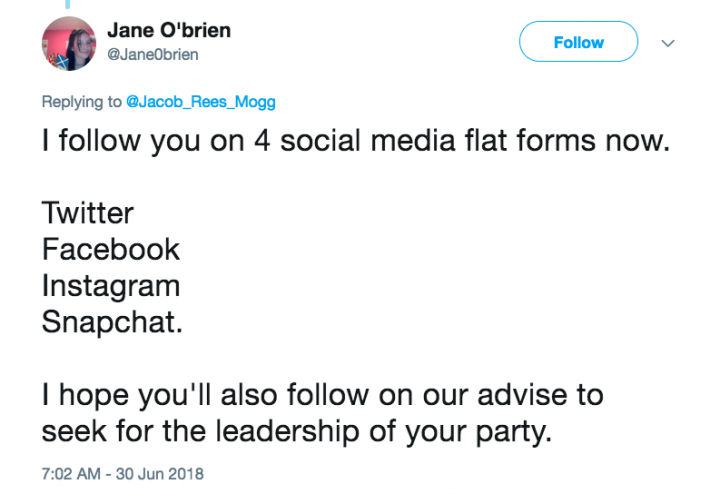 The man behind the Moggster

The public image that Rees-Mogg tries to project is a far cry from who he really is. This is a snapshot of his voting record – a snapshot you’re unlikely to see on his Snapchat: 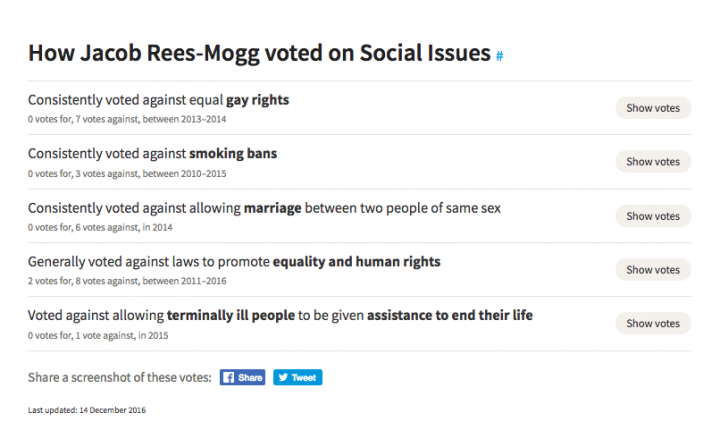 It’s also been pointed out that Rees-Mogg – arch-Brexiteer that he is – has relocated his hedge fund to the Eurozone. And let’s not forget he once described foodbanks as “rather uplifting”. Namely when he was excusing the massive increase in their use under this Conservative government.

Rees-Mogg is a figure who deserves ridicule. But politicians like him are also very dangerous. Which is why it’s heartening to see people on social media refusing to let them get away with it:

Where "vested interests" include Rees-Mogg whose company set up a fund in Dublin.
And Lord Ashcroft who suggested firms move to Malta.
And John Redwood who said don't invest in the UK.
And hedge fund millionaire Brexiters betting on economic chaos etc etchttps://t.co/nRSFhuIKlM