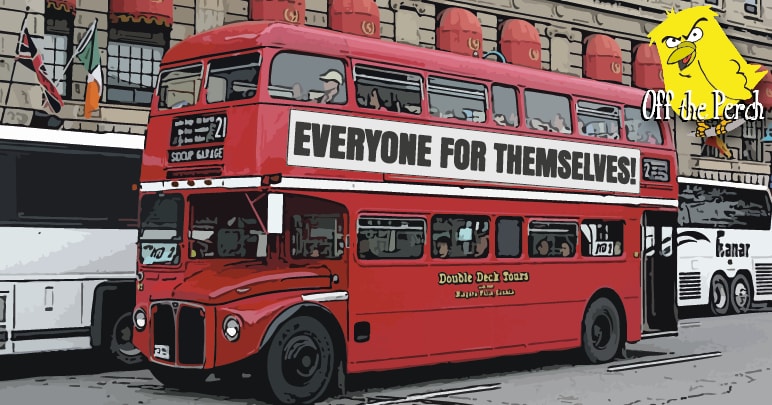 It’s looking increasingly likely that Britain will crash out of the UK with no deal. Which is weird, because we’re supposedly dead good at negotiating – hence our desire to leave the EU and strike up more deals.

In response, the NHS is already planning for the worst. Namely by watching The Hunger Games and observing what the Tories have already done to the DWP.

A senior planner for the NHS told us:

In the days after the no-deal Brexit, we’re expecting supplies to run short. This will be doubly unfortunate, as we’re also expecting an increase in injuries. Largely because Jacob Rees-Mogg claimed a no-deal Brexit would be a real victory, and idiots tend to get drunk and injure themselves when they’re celebrating.

A few months later, we’re expecting to have no supplies whatsoever. We’ve been preparing for this by training staff in how to use bows and arrows. Our plan is to raid private pleasure cruises for medical supplies when they get too close to the British coast.

If things get even worse, we’ll probably just start wearing cowls and worship an unexploded nuclear bomb. And it probably will get worse, as Jeremy Hunt is still in charge.

If you’re worried about future NHS shortages, we’d advise getting ill now while there’s still medicine. Especially as so many Brexiteers are using up valuable supplies shooting themselves in the foot.