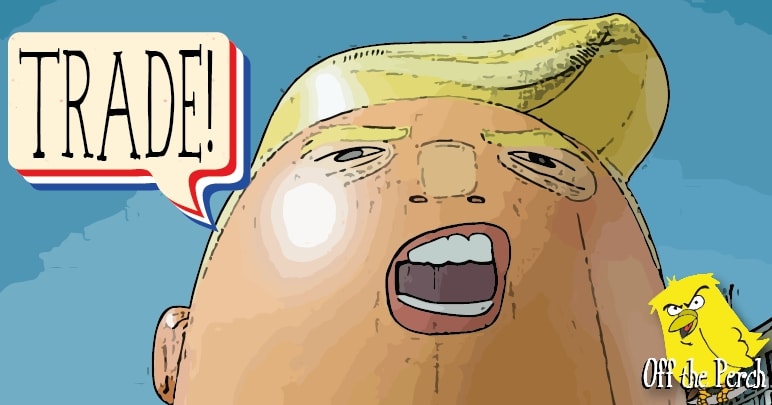 Part of getting older is that you stop believing in make-believe. That’s why rational adults no longer believe in:

It’s childish to think Trump will give us a trade deal that’s only a bit worse. His entire shtick throughout his long and inglorious career has been to screw everyone close to him. And yet: 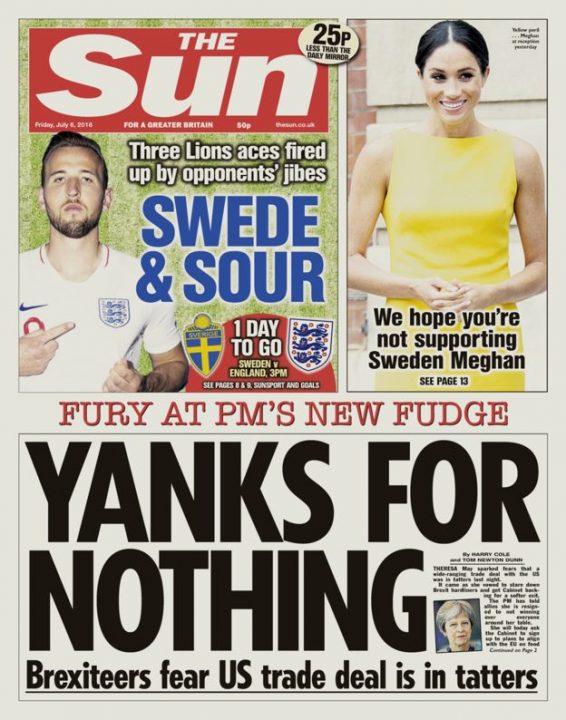 Off The Perch called President Trump to ask him about the future trade deal. We didn’t think he’d speak to us. And yet:

Is this another one of those prank callers? Good – I’ve got some words to bigly.

For starters – can you believe these Brits? I told them they’d get a good trade deal if they didn’t cross me and kept me amused. You know what they did to keep me happy? They sent me a shaved, talking polar bear called Boris Johnson.

These Brits are really taking me for a ride. Unbelievable! Can you imagine treating someone so unfairly?

I myself am very fair. And I think they’ll thank me when I turn their awful excuse for a country into a golf course.

When we played Nigel Farage a recording of this diatribe, the former UKIP leader smiled and pointed at an image of the pound’s falling value. We asked him if this meant he was somehow profiting from the UK’s failure, but he dismissed that as a conspiracy theory.

And yet he does look pretty much exactly like a lizard.