David Cameron milks the England victory to make a comeback. But it all goes pear-shaped. - Canary 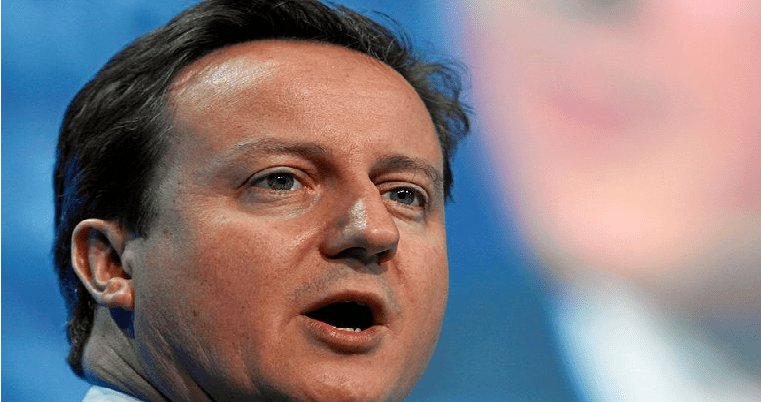 Former prime minister David Cameron attempted to milk the England victory on Tuesday 3 July to make a comeback. But it all went pear-shaped.

Last night I enjoyed a real father and son moment: first, calmly explaining that England and penalty shootouts don't go together, and then the sheer joy, delight and exhilaration at an @England victory! Well done #ThreeLions Onwards…!

England beat Colombia by a single goal in a penalty shootout. But when Cameron tried to get involved, things didn’t go quite as well for him. Because people quickly turned his football commentary against him:

That's nice. I've calmly explained to my son that thanks to your incompetence he's not going to the get the opportunities in life that I did. Sadly there won't be as much joy, delight and exhilaration for the generations to come, saddled with the negative impact of your folly.

Cameron’s government unleashed a relentless austerity programme that forced ordinary people to pay for the bankers’ financial crash of 2007/8. At the same time, his policies piled on more debt than every Labour government combined since World War II.

Then, as many pointed out, there’s the former Tory leader’s Brexit game-playing:

Sadly I'll also need to explain to my son that being British and freedom to live, work and learn in 28 countries don't go together.

And the tax dodging of Cameron’s family:

Did you also take the opportunity to have a father to son chat about avoiding tax?https://t.co/MG5dDgYaJz

Other people reminded Cameron of the time he mixed up which football team he supports. During a 2015 general election speech, the former prime minister urged people to support West Ham. Apparently, Cameron forgot that he claims to be an Aston Villa fan:

Were you wearing your West Ham or your Aston Villa shirt? https://t.co/uTu8QUUIsO

Cameron was ridiculed intensely at the time:

This has to cost Cameron the election, surely? How can anyone 'forget' which football team they support? Unforgivable. #CameronOut

You casually and irrevocably wrecked this country for the sake of a few votes – you should be crawling around in sackcloth and ashes. You've been cocooned by money your entire life, so fuck off with your chummy matiness and show some shame.

David, your staggering lack of self awareness is bewildering. Go away. It's the only thing you've proved recently you're good at. #PeoplesVote

On social media, Cameron tried and failed to use the World Cup to make a comeback with the British people. But the former prime minister’s record has left a stain he can never wash off. And rightly so.