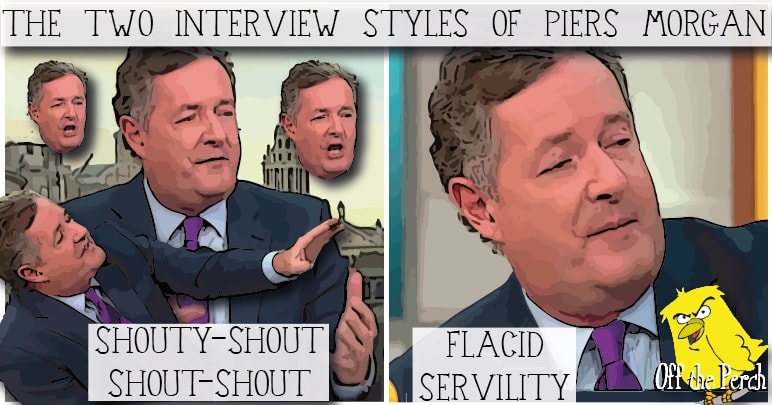 As you can imagine, Morgan went with the second style when interviewing Trump.

Earlier in the week, Morgan castrated someone who planned on protesting against Trump. He raged:

Despite his insistence that everyone must be given the same treatment, he didn’t shout over Trump. Instead, Morgan quite literally melted into a puddle and said:

Mmm, I’m a puddle now. You can just walk all over me and have a splash about. Ask yourself questions if you like, I won’t stop you.

To be fair to Morgan, it’s not completely his fault that he’s in this position. He’s shown himself to be one of the worst journalists this country has ever produced, and yet television networks keep employing him.

At this point, it’s like employing the guy who rubs himself against shoes to work in a shoe store. He’s a known shoe rubber. If you don’t want him rubbing against shoes, stop giving him a job.

The fact they do shows exactly how much they care about selling non-spoiled shoes.