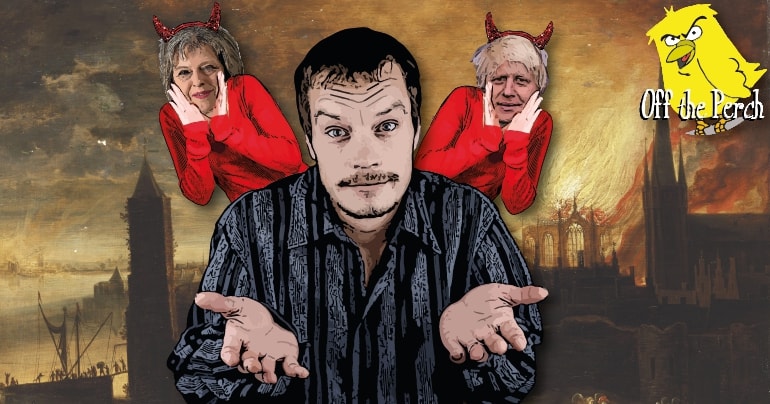 Boris Johnson is manoeuvring to become the next prime minister. His plan involves rallying the UKIP/scumbag vote by playing to their fear of Muslims. This divided the Tories into two main camps:

This put the Conservative Party at a real crossroads. Will it continue with the hate-driven incompetence of the past decade? Or will it move up a gear into full-blown fascism?

Theresa May fought her case:

People in this country don’t want obvious prejudice. They want implied racism, and structural inequality. They also want a government that isn’t afraid to create a hostile yet incompetent environment.

I’m as liberal as they come. All I’m saying is these foreign types are a bit different than us. If people hear me saying that and interpret it as agreement with the fascists who say pretty much exactly the same thing, then that’s on them.

Of course, there’s an alternative to these competing styles of Conservatism. Namely in voting for somebody else. There should be a chance soon if the pattern of the past few years holds up. After all, we haven’t had an election in weeks.