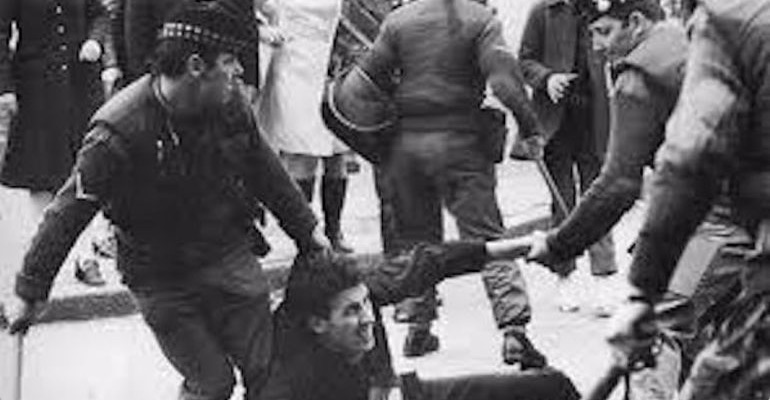 The Anti-Internment League (AIL) accused the British and Irish governments of ‘human rights abuses’ at a rally in Belfast on 11 August.

Speaking at the AIL rally, Dee Fennell claimed authorities in Northern Ireland are interning Irish republicans by remand, revocation of licence and “miscarriage of justice”. Many Duffy, from the left-wing republican organisation Saoradh, addressed the rally and stated the Republic of Ireland courts imprison them based on “the most spurious of charges”.

The annual AIL rally marks the official introduction of internment in Northern Ireland on 9 August 1971. While internment officially ended on 5 December 1975, the AIL believe it still exists today.

This raises serious questions of British and Irish justice systems.

By the time internment ended, authorities had detained 1,981 people. 1,874 of these were republicans and just 107 were loyalists.

The points raised at the AIL rally and by other republicans should concern those who believe in a transparent justice system. This means asking difficult questions of the British and Irish justice systems. The public needs answers.