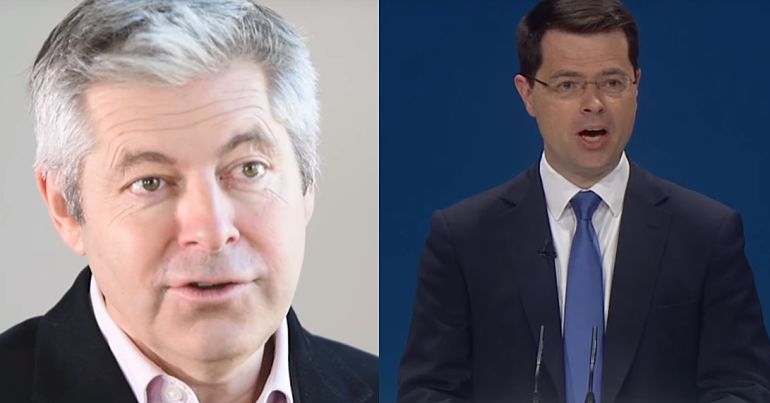 On 13 August, the government announced a new funding boost in its plan to end rough sleeping in England by 2027. Yet the Today programme’s Justin Webb tore it to shreds in one brutal line.

The secretary of state for housing, communities and local government, James Brokenshire, described rough sleeping as:

unacceptable in our modern society.

To counter this, the government has announced a £100m fund to increase support services and housing options for people forced to live on the street.

Yet Webb questioned why the government is continuing with welfare cuts if it wants to tackle rising rough sleeping:

What about cuts to housing benefit then – that have particularly affected single people in private housing? And of course, planned next year, they are going to come in in social housing as well.

Brokenshire refused to say that the government would abandon these cuts:

Housing Secretary James Brokenshire has said he will not reverse cuts to housing benefit as he admitted he is not actually committing new money to tackle homelessness https://t.co/0YOmKvkcLy https://t.co/sf8O72pg0C

Webb then proceeded to tear apart the government’s plan:

If you’re creating the conditions for people to be out on the street, having any number of outreach people going and talking to them on the street isn’t getting to the nub of the problem.

As the BBC reported, the National Audit Office states that rising homelessness is “likely to have been driven” by this government’s welfare reforms. In 2016, the government froze housing benefit for four years. Meanwhile, housing charity Shelter has expressed “grave concerns” over this policy, arguing it’s:

pushing hundreds of thousands of private renters perilously close to breaking point at a time when homelessness is rising.

It seems odd that top Conservatives such as Sajid Javid are tweeting the government is doing “everything we can” to end rough sleeping:

After 8 years of pernicious Conservative cuts and caps to benefits, an ever deepening housing crisis, and slashed subsidies, it's no wonder homelessness has increased by >134% since 2010. The PM's puny fund is like putting a penny in a charity bucket.https://t.co/gnQhDprwRr

There is no new money behind the Government's flagship £100 million fund to eradicate rough sleeping within the decade, Housing Secretary James Brokenshire has admittedhttps://t.co/Dv40PVXOCy

Brokenshire confirmed it will instead involve “re-prioritising” existing funds:

I’ve listened back to James Brokenshire on #R4Today twice now. He appears to confirm that none of the £100m for rough sleeping is 'new money.'

Half was already assigned to rough sleeping, the other half is ‘reprioritised’ from elsewhere in budgets.

It’s no wonder grassroots group Streets Kitchen is far from confident this initiative will see the government meet its target of eradicating rough sleeping by 2027:

A £100m government drive will aim to end rough sleeping in England by 2027!!!
Watch out for the flying pigs too.
There are simple solutions that with the right will could eradicate 'rough' sleeping over night. https://t.co/8t1WmHFwDp

Under this Tory Government homelessness has doubled and 130,000 children are without a home.

A target of ending rough sleeping by 2027, with no new money, is meaningless to the people on the streets now.

Labour will end rough sleeping in our first term.https://t.co/cdpOhCLtrJ

The revelations that the government will not reverse its punitive welfare cuts or, apparently, commit any new funds to rough sleeping are damning. It’s not doing everything it can to address England’s truly shaming homelessness crisis. Instead, it’s doing the bare minimum to keep up appearances in a bid to deflect from the fact that its own policies are driving homelessness.