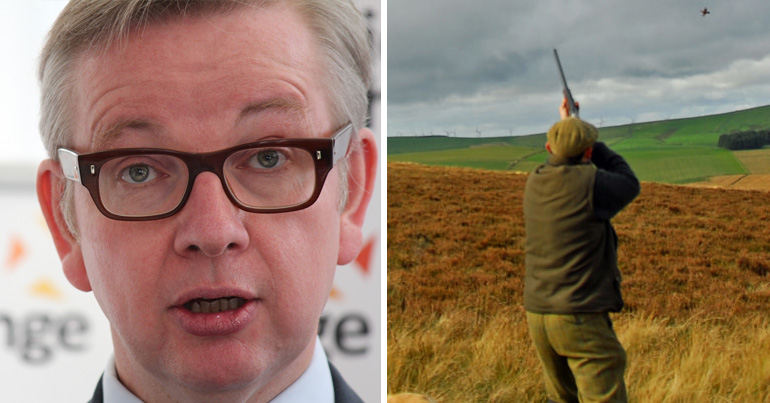 Burning down the bogs

Blanket bogs are marked as “priority habitats” under the European Commission’s Habitats Directive. The UK is home to between 10% and 15% of the world’s total blanket bog area. But in England, they undergo a process known as rotational burning in order to increase the number of grouse on the moors. And the European Commission says this has been carried out without appropriate assessments.

On 1 February, the environment secretary met with a group of landowners and estate managers to discuss putting a stop to burning blanket bogs. Land ownership campaign group Who Owns England gained the minutes of the meeting through a freedom of information request. It accuses Gove of giving the industry “an easy way out” by offering legally non-binding voluntary commitments. And by doing so it will:

Campaigner Mark Avery says this course of action is “trying to pull the wool over the eyes of the European Commission”. Because the commitments aren’t legally binding, there is nothing to actually stop rotational burning.

And Who Owns England says this shows the cosy relationship between Gove and the grouse-shooting industry:

There is no finer example of ‘vested interests’ in action than the wealthy, aristocratic owners of grouse moors … hobnobbing with Ministers who, despite facing infraction proceedings by the EC, are prepared to accept on trust landowners’ voluntary commitment to do better.

Both the Department for Environment, Food and Rural Affairs (Defra) and grouse-shooting industry representatives reject these claims. Speaking to the Guardian, Amanda Anderson of the pro-shooting Moorland Association said:

The portrayal of the partnership agreement between Natural England and grouse moor managers as being ‘cosy and letting landowners off’ is completely inaccurate.

A spokesperson for Defra, meanwhile, explained:

Protecting blanket bogs is a priority… the environment secretary has made clear that we will take steps to introduce legislation if our constructive, voluntary approach does not deliver.

The grouse-shooting season traditionally begins on 12 August, also known as the Glorious Twelfth. It’s estimated to be worth approximately £155m and uses 500,000 acres of land, similar in size to Greater London. And by the end of the season, up to half a million grouse will have been killed.

This year, bad weather has meant good news for the birds. Reportedly half of the shoots across England and Wales have been cancelled [paywall] due to the combination of a harsh winter and summer heat wave. Some estates have also delayed the start of the season due to low grouse numbers.

But it isn’t necessary to rely on extreme weather or the European Commission to disrupt grouse shoots. There have been successes by people-led campaigns against shooting. In January, campaigners celebrated after a Bradford Council group voted not to renew grouse shooting licences for Ilkely Moor. And hunt saboteurs have regularly prevented shoots from going ahead, including two shoots on 12 August 2017.

– Follow Mark Avery for news and information about grouse shooting.