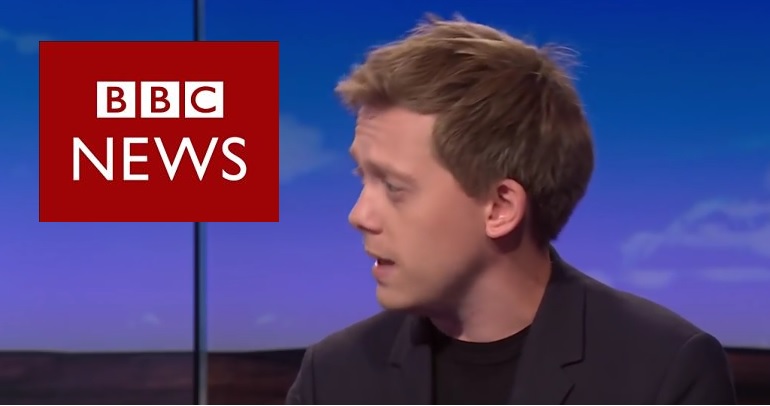 Guardian journalist Owen Jones called out the British media for its failure to give the UK’s role in Saudi Arabia’s war on Yemen “the scrutiny and prominence it deserves”. And following some pushback from BBC journalists in particular, Jones then turned his focus onto the public service broadcaster’s reporting.

The row that broke out after that shows how indefensible the BBC‘s position is.

Saudi Arabia blew up a school bus full of kids in Yemen on 9 August. So unsurprisingly, its brutal war on the country hit the headlines again recently. Jones, however, took a look at what sort of coverage the BBC in particular is putting out on the war. This is what he found:

Almost no article mentions Britain is arming Saudi Arabia to the teeth as it obliterates Yemen. This is deception by omission.https://t.co/mczzdpvunH

As Jones points out, the UK is arming Saudi Arabia “to the teeth”. The UK government has licensed £4.7bn worth of arms to Saudi Arabia since it started the bombing campaign in Yemen. Meanwhile, Britain’s Conservative-led government has staff working in Saudi Arabia’s headquarters, where its targeting rooms are located. They are ‘liaising‘ with the authoritarian kingdom on its bombing campaign in Yemen. It’s also providing “information, advice and assistance” to the country.

Bringing the BBC down?

The BBC‘s coverage, and that of other outlets, has been woefully lacking in adequately informing the public about the UK’s support. But Jones’s decision to highlight that fact led to a number of counter-arguments from BBC staffers.

Did you look at the pieces I sent you yesterday? Not everything we do appears on the website anymore. Important, if you are going to join the chorus of BBC critics, that you get it right. You may well miss us very much when we’re gone.

I do agree with some of what you say. And the BBC is in no way above scrutiny. But in the current climate, when the BBC is under attack from many quarters, the facts matter because so do the consequences.

Careem essentially argued that, by joining the “chorus of BBC critics”, Jones was helping bring about the broadcaster’s demise. And she tried to catch Jones out as a hypocrite. Although that ‘gotcha’ moment didn’t quite work out as planned:

I've written on this more than any other UK columnist, but the issue isn't opinion, it's the lack of prominence in news. https://t.co/TcU4ODHCLghttps://t.co/1tdKLH2Otehttps://t.co/Intk9j1BZAhttps://t.co/3zc7qz2pvVhttps://t.co/OYCUhSr8oThttps://t.co/59tl0JKUlD

The producer also tried to dispute the claim that the public service broadcaster’s coverage was lacking. Careem suggested Jones couldn’t see all its coverage because some of it no longer appears on the website. And another staffer waded in with a similar argument. BBC Stories senior reporter Megha Mohan accused Jones of deceiving observers by not highlighting all its coverage:

Quite literally the definition of deception by omission. This week @bbclysedoucet interviewed the UN envoy about arms sales. The report ran on several BBC outlets. Twitter/digital isn’t the only news portal. Despite what Twitter personalities/op-ed writers lead you to believe. https://t.co/YDX9nwnzrC

The person involved in that interview, Lyse Doucet, piped up too. But Jones’s response to this just made matters worse for the BBC:

Hi Lyse. I have huge respect for you but I've watched the report and it was a brief question in a 3 minute package. The UK role in Yemen is a story in its own right which should be on front pages, leading bulletins and online coverage, but it isn't and most know nothing about it.

In fact, the BBC‘s website has a video of this interview on it. But it doesn’t even include the “brief question” on arms sales that Doucet posed to the UN envoy. That’s the part of the interview that the BBC has seemingly omitted.

In the face of Jones’s criticism, these staffers went on the defensive. They tried to prove how wrong he was rather than vowing to do better. But Jones is right on this – the British media has done the public a disservice by whitewashing its country’s role in this catastrophic war.

The sooner the media – particularly the BBC as a public service broadcaster – corrects that, rather than defending the indefensible, the better.