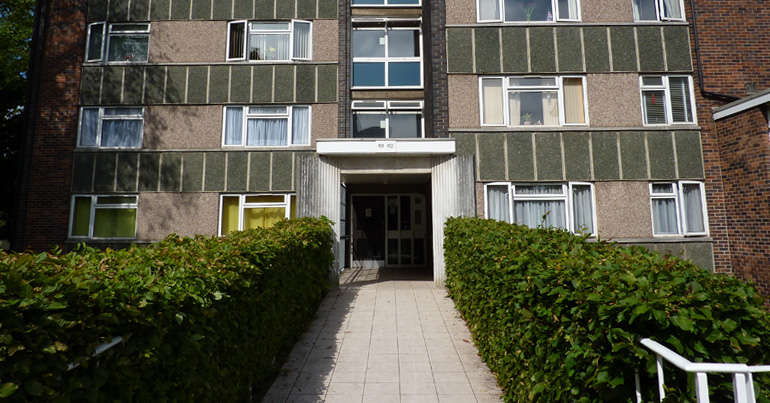 Within hours of publishing its green paper on social housing, the government has been criticised for not increasing the number of “truly affordable homes” being built. And it makes a mockery of a recently announced strategy to end rough sleeping by 2027.

On 14 August, the government laid out what it describes as a “new deal” for social housing in England. It arrived three weeks later than initially promised. And its content has left housing campaigners angry at a lack of investment in social housing.

the lack of concrete plans to build significantly more truly affordable homes risks failing a generation… We urge the Government to invest in 80,000 genuinely affordable homes a year at the next Spending Review to put things right.

this green paper has to go further. In order to solve homelessness the government must also significantly increase England’s supply of social homes

And Shelter described the green paper as “full of warm words”:

The #SocialHousing Green Paper is out today: it’s full of warm words but doesn’t commit a single extra penny towards building the social homes that are desperately needed: https://t.co/g18MDK0U66

The green paper has been welcomed for strengthening rights for existing social housing tenants. But it appears to have ignored calls by campaigners for “significantly more” social housing to be built. The Chartered Institute of Housing says at least 78,000 more affordable homes need to be built each year. Crisis says at least “90,000 homes at social rent levels” are needed in England every year.

And the aims set out in the green paper seem to contradict another recent government announcement: that it wants to end rough sleeping by 2027.

Social housing vs the private sector

Government figures estimate 4,751 people sleep rough at any one time. Crisis says numbers are more likely to be at least 8,000. Tackling these numbers means confronting the material conditions that cause people to sleep on the streets.

Social housing stock has consistently dwindled over the past 30 years. In 1980, there were approximately seven million council or housing association homes. By 2014 this had fallen to fewer than five million. Meanwhile, homes available in the private sector during the same period have jumped from two million to more than five million.

In March 2017, Crisis published its long-term study The Homelessness Monitor that highlighted spiralling private sector rents as the main driver behind homelessness. By late 2016, the ending of assured shorthold tenancies – the standard private rental contract – was responsible for 31% of the number of people becoming homeless. With fewer and fewer social housing options available, these figures can only increase.

The solutions are clear: to truly end the worst forms of homelessness the government must set out a bold, cross-departmental plan that does not shy away from tackling the real causes of homelessness, such as a severe shortage of social housing and cuts to welfare.

The latest green paper completely misses this opportunity. And in doing so, it undermines the government’s own claims to end rough sleeping.

Housing secretary James Brokenshire has rightly been interrogated over the government’s rough sleeping strategy. The Today programme’s Justin Webb asked the secretary about benefit cuts that have particularly affected single people in private housing. Brokenshire refused to comment on whether those cuts would be abandoned.

This green paper fails to combat the root of homelessness – and therefore rough sleeping – by avoiding a commitment to make social housing more widely available. And it once again shows up Conservative hypocrisy.

– Find your local grassroots soup kitchens. Volunteer with or donate to them. They provide not just food to people sleeping on the streets but emotional, practical and financial support as well.

– Join or support unions fighting for tenants, such as ACORN and London Renters Union. Also check out Defend Council Housing.

– Turf out the Tories.