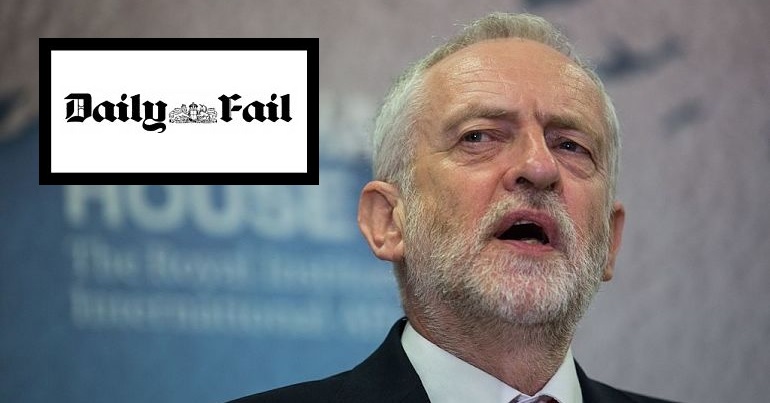 The Spectator published a controversial article about Islamophobia on 11 August. Carrying a subheading that argued “there is not nearly enough Islamophobia within the Tory party”, Rod Liddle’s article ridiculed transgender people, Muslim women and ‘berserk liberal agendas’.

Given its pro-bigotry content, many have condemned the article. Indeed, the Spectator itself has removed the offensive subheading. But Liddle’s hate-filled drivel has attracted one fan at least. The Daily Mail‘s Sarah Vine has tweeted in support of it and used it to attack Jeremy Corbyn.

Her argument for the article’s ‘value’, however, is one she won’t easily live down.

Good for a laugh

Guardian journalist Owen Jones tweeted about Liddle’s article. He invited people to imagine what would happen if a media outlet published the same article about the Labour Party and antisemitism:

If a magazine published an article saying “there is not nearly enough anti-Semitism within the Labour Party”, it would rightly be a national scandal and both the writer and editor would be fired.

Why is this different? Because Islamophobia is rampant and normalised on the right. pic.twitter.com/rqodTBGzFP

As Jones says, it would be a “national scandal” if a magazine or newspaper called for more antisemitism in the Labour Party. So the same should be true in this case. Vine, however, doesn’t agree. The Daily Mail writer, who’s also married to Michael Gove, appears to think Liddle’s argument is fine. Because, she suggests, his call for mistrust, fear and hatred of Muslims is a rib-tickler:

Vine’s vile assertion that bigotry and xenophobia are okay as long as someone gets a laugh out of it didn’t meet with much approval though.

Nothing funny about it, Sarah. What's wrong with you?

You have a very odd idea of what constitutes clever & funny!

So you think it funny & clever to spread hatred which in turn leads to intolerance and potentially violence?

Of course, there’s nothing at all funny about either Islamophobia or antisemitism, no matter what political party they exist in. Especially when both are on the rise in the UK. But it is telling that Vine makes this distinction. Because she works for a tabloid that attacks Corbyn over antisemitism with predictable regularity. And yet, the Daily Mail puts out anti-Muslim stories with almost the same frequency.

You lot aren't even pretending any more are you? #truecolours

It’s almost like the tabloid thinks Islamophobia is okay, while antisemitism is bad. Or that it gives zero fucks about either really, but likes the fact it can use the latter as a stick to beat Corbyn with. The same can’t be said about Vine, though. She appears to believe that, as long as racism’s funny, there’s nothing wrong with it.

Let’s pray Gove doesn’t consult her over the Conservatives’ coming crackdown on Islamophobia and other hatred in their party. You know, that one that’s never going to happen.