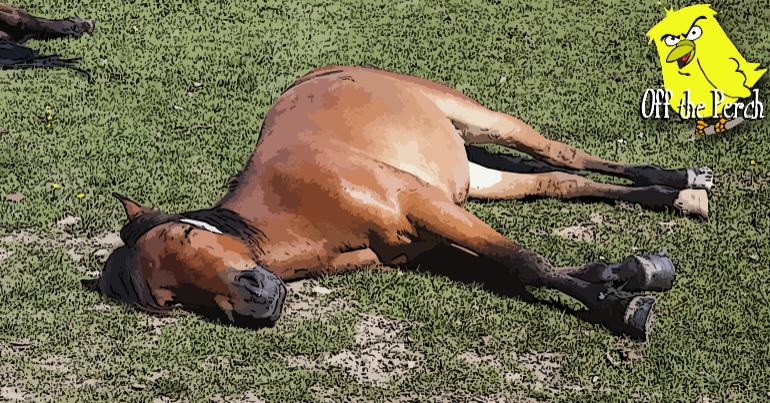 In 2016, the United Kingdom (or bits of it, anyway) voted in favour of bringing a unicorn to life. Although the newspapers assured us it would be easy thanks to modern sorcery, it proved to be anything but. Which is why – in late 2018 – Theresa May unveiled a creature that definitely wasn’t a unicorn.

In late December, the PM entered parliament with what appeared to be a unicorn. That’s appeared to be from a distance, anyway. Anyone who got closer realised it was a horse with a Cornetto glued on.

“Unicorn means unicorn,” May responded to the several hundred questions she received.

To be fair, it wasn’t just a horse; it was also incredibly sick. This is why it ended the session by coughing, shitting itself, and then dying.

“Nothing has changed,” May argued, although she did hold off allowing people to vote for this allegedly magical beast.

The neighs have it

A vote was later held – a bizarre spectacle that revolved around May beating the dead horse with the Cornetto we were supposed to believe was its horn. When that vote failed – she brought forwards a second, smellier vote – the horse being in a much more advanced state of decay.

Sadly, for everyone who loves unicorns, the speaker has now said May can’t keep flogging this dead horse. He claims it’s undemocratic to keep defiling its stinking corpse until everyone just relents and says it’s a unicorn.