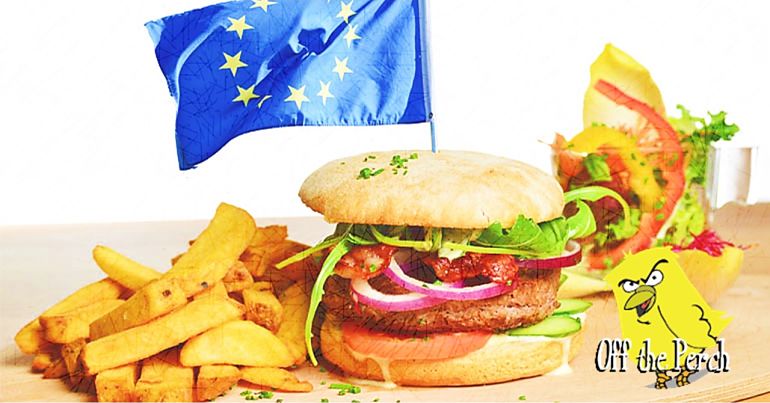 The EU is spearheading a new form of animal rights. It’s proposed a law that, on the surface, appears to support the meat industry. But, the EU claimed, it’s instead an attempt to inspire creativity in “dimwitted” vegetarians and vegans.

On 4 April, 80% of MEPs agreed the plant-based food industry lacks imagination. Using words such as burger and sausage to describe meat-free products is a classic sign of B12 deficiency, common amongst vegetarians and vegans, MEPs suggested. As a result, the EU’s agricultural committee (AGRI) proposed to ban their use in the branding of meatless foods.

British Green MEP Letitia Febreze suggested the move would help veggies and vegans who, “lacking a healthy nervous system”, are “unable to think outside the box”. Febreze said the ban will “unleash vast torrents of creativity” by forcing producers to think of more imaginative names, such as “vurger”.

Meanwhile, French socialist MEP Ken Chisél argued that the ban would prevent “B12-deficient veggie idiots” from getting confused. He said “people must know what is on their plate”. The law would, therefore, let “people who want to eat plants not meat know when the thing that looks like meat is plants. And when it’s meat.” Chisél suggested the new regulation was a “common sense” way to protect plant-eaters from their own addled brains.

Critics were quick to point out the new law appeared to have the meat industry’s fingerprints all over it. But Chisél said the “meat people” weren’t involved in the decision. He insisted that “steak is only steak when it’s steak”, clarifying that a steak was “made of meat”.

AGRI has allegedly shot down proposals to prefix chicken products with “antibiotics-riddled” and sausages with “possibly cancer-inducing”. It’s claimed the committee believes changing the name of meat products displays a lack of creativity.