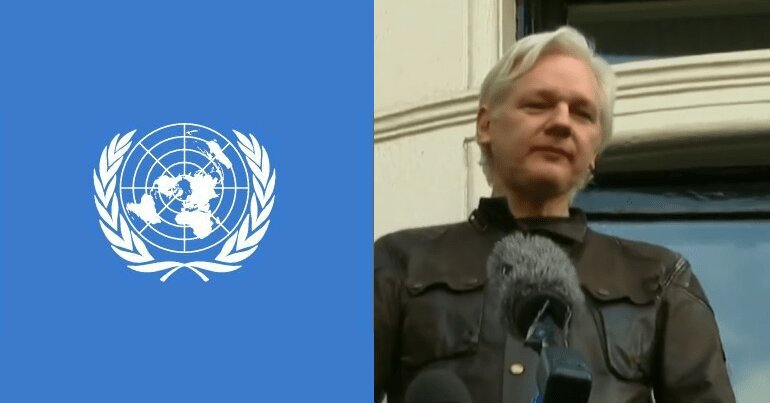 United Nations special rapporteur on torture Nils Melzer has warned Britain’s Conservative government about possible violations of the human rights of a journalist.

Melzer is preparing a request to visit former WikiLeaks editor Julian Assange and assess his condition and the dangers involved. Following the news that Ecuador may remove Assange from its embassy in London, Melzer pointed out that the journalist could be at risk of “torture and other cruel, inhuman or degrading treatment or punishment”.

“Serious violations of his human rights”

In my assessment, if Mr. Assange were to be expelled from the Embassy of Ecuador, he is likely to be arrested by British authorities and extradited to the United States. Such a response could expose him to a real risk of serious violations of his human rights, including his freedom of expression, his right to a fair trial and the prohibition of cruel, inhuman or degrading treatment or punishment.

For over six years, the threat of arrest and extradition to the US has forced Assange to take refuge in the Ecuadorian embassy. But following the election of President Lenín Moreno in Ecuador, Assange could face expulsion. Now, the Ecuadorian government is accusing WikiLeaks of hacking information related to its ongoing corruption scandal. So WikiLeaks and former Ecuadorian consul Fidel Narváez anticipate that Ecuador is using the allegation, which WikiLeaks denies, as a pretext to expel Assange.

Donald Trump’s administration could then convict Assange for publishing documents from whistleblowers by weaponising vague US legislation. Lead lawyer for the New York Times David McCraw is among those who’ve warned about the precedent that would set:

I think the prosecution of him [Assange] would be a very, very bad precedent for publishers. From that incident, from everything I know, he’s sort of in a classic publisher’s position and I think the law would have a very hard time drawing a distinction between The New York Times and WikiLeaks.

Ecuador, however, has denied that it’s preparing to evict Assange imminently.

“Right to asylum under refugee law”

Should Mr. Assange come under British jurisdiction for any reason, I urge the British Government to refrain from expelling, returning or extraditing Mr. Assange to the United States or any other jurisdiction, until his right to asylum under refugee law or subsidiary protection under international human rights law has been determined in a transparent and impartial proceeding granting all due process and fair trial guarantees, including the right to appeal

He then laid out Assange’s asylum rights, saying:

Extradition without due process safeguards, including an individual risk assessment and adequate protection measures, violates international law, particularly if the destination State practices the death penalty and has not disclosed the criminal charges held against the person concerned. Under such circumstances, the international legal prohibition of ‘refoulement’ is absolute, regardless of considerations of national security, political expediency or any other similar considerations

The UN’s Working Group on Arbitrary Detention recently reiterated a ruling it made in 2015. It concluded that the UK government was arbitrarily detaining Assange and demanded that the authorities allow him to leave. The Conservative administration tried to appeal the UN ruling, but failed – and since then has ignored it.

WikiLeaks is an independent media organisation that specialises in publishing information from whistleblowers that it deems to be in the public interest. The publisher has released documents on governments across the world including the US, Iran, Kenya and China, as well as on the UK far right.

Amnesty International, Human Rights Watch, and the Inter-American Court of Human Rights are among the other organisations backing Assange (now an Ecuadorian citizen) and calling for the UK government to protect him from extradition to the US.