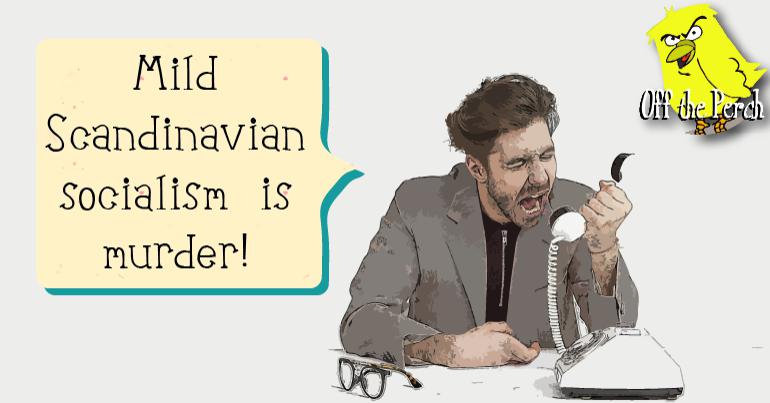 Despite having much of the media against it, Labour has taken a big lead in the polls. These things tend to go up and down, but many on the right have convinced themselves that socialism is coming. As you’d expect from the greatest minds the right has to offer, these people are acting with trademark grace and rationality: 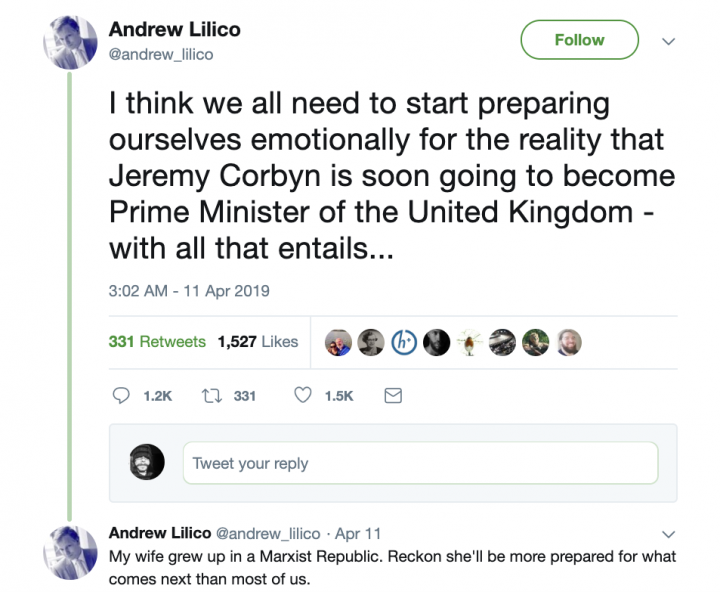 Panic on the streets of Westminster

Off The Perch caught up with a columnist for the Daily Mail:

I’ve read two books about WWII, and let me tell you – Stalin was a pretty bad guy. Stalin was a revolutionary who fought in a bloody uprising and spent several years imprisoned. Is it fair to say Corbyn would be as bad? I’d say worse, if anything. Stalin was pushed into Marxism by circumstance; Corbyn simply hungers for it like a greedy dog.

In ten years from now, the entire UK will be a desolate wasteland. All the normal people will be slaves on Corbyn’s work-allotments; everyone else will be some sort of post-gender cyborg. It begins with cheaper water rates and ends in genocide. Believe me – I’ve read two entire books. One of them right to the end.

Keep calm and carry on

Of course, it’s not just commentators who are losing it. Politicians and millionaires are having a meltdown too – especially as many politicians are millionaires.

Does anyone think it’s acceptable for legislators to publish like this?

Is there no code of conduct covering this stuff for parliamentarians? Unbelievable. pic.twitter.com/9AkbGro21G