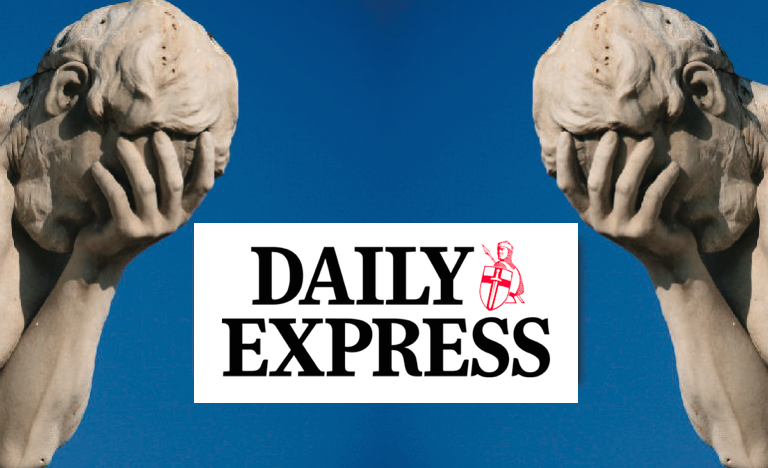 The Daily Express has picked up on the fact that veganism is on the rise in the UK. On 31 October, the paper warned readers about a supposed danger of suddenly giving up animal products with a headline that screamed:

The myth that just won’t die

The Express‘s Lauren Clark writes that making the switch to a vegan diet can cause hair loss. This is based on the notion that people who go vegan are at risk of not getting enough protein.

Nutritionist Cassandra Burns spoke to The Daily Express about the relationship between protein and hair loss. She said:

Protein is one of the most important nutrients for healthy hair. Keratin, a substance that provides the strength and structure of hair, is a protein, and our body makes it from the proteins that we eat.

This isn’t controversial. But Clark goes on to say:

A sudden change in diet could cause short-term hair loss. This is because adjusting to a diet without protein-rich meats and fish could affect the hair’s cell renewal and health.

Suddenly altering your diet could result in hair loss, if you consumed very little protein. That is true. And Clark acknowledges that animal products can be replaced with “beans, nuts, lentils and seeds”.

But the headline Vegan diet warning: Beware THIS unexpected side-effect of SUDDENLY ditching meat and dairy presents a much more alarming and one-sided picture of a vegan diet. Do people have to be warned about this? How many people actually lose their hair after switching to a vegan diet?

“But where do you get your protein?”

There are many plant-based sources of complete proteins, which is why vegans don’t have to struggle to meet their protein requirements. The American Dietetic Association (ADA) has also stated that “appropriately planned vegetarian diets, including total vegetarian or vegan diets are healthful” and “nutritionally adequate”.

Clark’s warning suggests a lack of protein is a common risk for vegans. But it’s actually easy to meet daily protein requirements; people in the UK eat 45-55% more protein than we need to each day. This goes to show that this article from The Daily Express is a scare story, promoting a myth that just won’t die.

– Check out more articles from The Canary on veganism.