The right are quoting Morrissey. They should have read some of his other quotes first. [OPINION] - Canary 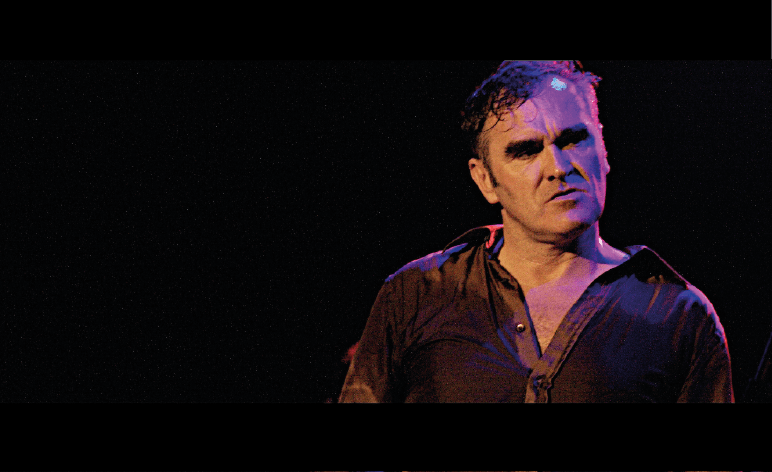 Anyone who follows Morrissey knows that he has some truly disgusting opinions. This is a man who in 2010 said:

Did you see the thing on the news about their treatment of animals and animal welfare? Absolutely horrific. You can’t help but feel that the Chinese are a subspecies.

Despite this, some of Morrissey’s recent comments on multiculturalism have won him praise from the right. Although it’s safe to assume this praise will be short-lived once they become aware of his other opinions.

Morrissey: “I want Germany to be German. I want France to be French."

“If you try to make everything multicultural, you will not have any culture in the end."https://t.co/ITxzJAMZmK

Watson has also shown support for the singer in the past:

Morrissey reminds us of an era when celebrities would tell the truth about the world.

Morrissey is the only 'celebrity' with the balls to tell the truth.

Go and show him some love on Facebook.https://t.co/zQqOhhev9u

I see no difference between eating animals and paedophilia. They are both rape, violence, murder. If I’m introduced to anyone who eats beings, I walk away.

Interestingly, Watson is a follower of the paleo diet. He told Broadly in 2017:

Other than that I try to follow the ‘original human diet,’ which means eating mostly meat.

Using ‘Morrissey logic’, this would make Watson ‘mostly paedophile’. Or at least ‘mostly as bad as a paedophile’ anyway.

Watson was presumably unaware of Morrissey’s opinion on this matter when he tweeted:

Of course, Morrissey comparing meat eaters to paedophiles may not be as bad as it first sounds. Or at least not as bad when using ‘Morrissey logic’ anyway. As the singer has actually defended people who have sex with children. He said of Kevin Spacey:

One wonders if the boy did not know what would happen. I do not know about you, but in my youth I have never been in situations like this… Never. I was always aware of what could happen. When you are in somebody’s bedroom, you have to be aware of where that can lead to. That’s why it does not sound very credible to me. It seems to me that Spacey has been attacked unnecessarily.

If you go through history, almost everyone is guilty of sleeping with minors. Why not throw everyone in jail right away?

Although Morrissey’s defence of Spacey and Weinstein could present further problems for the right. Namely because Morrissey is standing by the wrong sort of offenders. As although his new fans have defended some prominent right-wing figures who’ve been accused of sexual assault:

Roy Moore: We've entered the territory where mere accusation alone is enough to sink someone's political career, whether it's true or not. Dangerous. Will be making a video about this. https://t.co/SifoI7Wga8

They haven’t extended the same leniency to anyone they see as being aligned with the left:

Will Hillary give the $1 million+ Weinstein raised for her to a rape victim charity? Won't be holding my breath.

Reddit User Warned About Kevin Spacey’s Pedophilia Over a Year Ago – https://t.co/BqusuOSs6P pic.twitter.com/fGr8IrSnpW

Morrissey has been openly terrible for some time – with opinions that seem to put him at odds with everyone.

Either way, their love affair with Morrissey is a light that probably will go out. Unless of course they all decide to go vegan.