There's a reason why a man was allowed to die from constipation. But no one wants to say it. [OPINION] - Canary 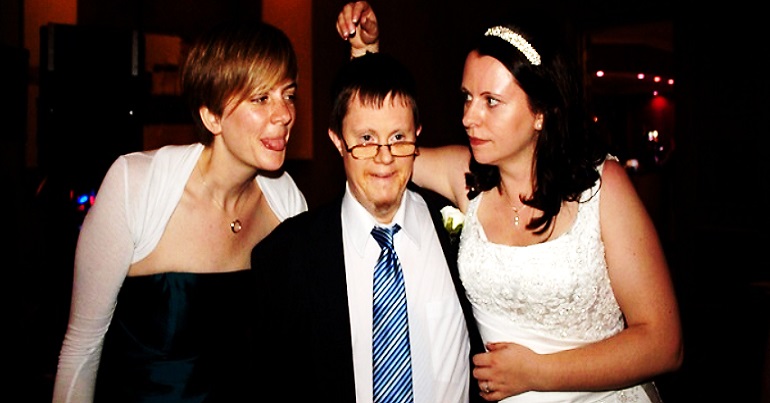 On Thursday 8 February, a coroner ruled that there were “gross failings” from nearly every professional involved in the death from constipation of a man in November 2012. But some people on social media are asking ‘how could someone die from this?’

Well, in my opinion, professionals left this man with more than 22lb of faecal matter inside him (the equivalent of nearly 10 bags of sugar) for a very simple reason. And it’s because, in the quest for an independent life for a learning disabled man living with Down’s Syndrome, he ended up being treated as a third-class citizen.

Richard Handley, 33, died in Ipswich Hospital on 17 November 2012. On 15 November, surgeons removed 22lb, or nearly 10kg, of faecal matter from his abdomen, which was only a small amount of the total in his body. But as The Guardian reported, Richard died suddenly:

after a heart attack caused by inhaling his own liquid faeces, vomited up because his bowel was severely obstructed by faecal impaction. His abdomen was, one doctor noted, the size of that of a woman who was 40 weeks’ pregnant.

The coroner criticised all parties involved in Richard’s support: United Response, the supported/independent living provider where he resided; his GP practice; social workers and the council; his psychiatrist; and the staff at Ipswich Hospital. The coroner didn’t go as far as recording a verdict of death by negligence. But the way I see it, there was negligence – in two ways. One was a systematic failure, because no one would take responsibility for Richard’s support as a whole; this is something Richard’s family’s lawyer argued. But in my opinion, the larger area of neglect came from Richard’s supported living provider. And the case highlights that, for all the talk of learning disabled people living independently, little has changed.

Local authorities have gradually been replacing residential care with supported living. This is for learning disabled people, and those living with conditions like Down’s Syndrome and autism. As the website Created by Parents describes:

Supported living is the term given by Local Authorities to offer people their ‘own homes’ via a tenancy or home ownership or shared ownership and have personal and housing related support provided by an outside organisation.

Residential care is when someone lives in a registered care home which is managed and run by a care provider who is responsible for all aspects of their daily needs and wellbeing.

Richard had been living in Bonds Meadow residential care home since 1999. But in 2009, it began to change over to a supported living complex. And it was then, his family says, that things started to go wrong.

The social model of disability

Let me make this very clear: what is not at fault is the notion of independent living.

There should be nothing stopping learning disabled people from leading the lives they wish to. This is inherent to the social model of disability, an idea which states that it’s not people’s impairment that makes them disabled, but society (its attitudes and its constraints).

But what are at fault are supported living providers, which often hide under the wafer-thin guise of ‘charities’.

As the inquest heard, when his residential care changed to supported living, Richard’s family was told “he had the same right as anyone else to make unwise choices and eat unhealthily”. Richard had historical issues with constipation, something which had previously been managed by a controlled diet. But the provider appeared to stop that diet, and Richard died; all because of his “right” to “make unwise choices”.

When is support not support?

Money is often providers’ ultimate motivator. So they often don’t give learning disabled people the time, emotional investment and ‘care’ to get their supported living right. Providers cut corners. They treat people as secondary to brand reputations. They often undervalue, underpay and undertrain their staff; they treat them as second-class citizens. And ultimately, professionals often see learning disabled people as third-class citizens, giving little thought to what are extremely complex lives.

No one who was being honest would say that all learning disabled people and those living with Down’s Syndrome and autism can make every single decision about their lives correctly. That is where the whole notion of ‘support’ comes in. But all too often, a lack of support is what leads to tragedy. And in Richard’s case, it seemed that a lack of support over his diet was the tragedy; paradoxically, his support workers probably thought they were giving him independence.

Supported living is a fine balancing act. It juggles people’s own self-will and their best interests as decided by a third party. And while the law allows for people’s ‘best interests‘ within the Mental Capacity Act, supported living providers overwhelmingly push people’s independence as far as they can, because it is cheaper that way. Providers too often view learning disabled people’s lives as ‘variables’ and things that need to be more ‘efficient’.

In Richard’s case, it was probably far more ‘efficient’ to leave him to choose whatever he wanted to eat. Because the time needed to support him in buying, preparing and cooking the right healthy food would have cost money in staff training and wages.

Sadly, the drive for independent living coupled with financial motivation can cause human catastrophes.

The supported living model is a failure in spite of itself, not because of it. It does work – but it is people, companies and money that ultimately let it down. And the horrific and untimely death of Richard Handley is about as tragic as the cost of these failures can get.

– Donate to the crowdfunder to support the cost of live-tweeting Richard’s inquest and similar cases.