Twitter is stopping disabled activists from fighting for their human rights. Everyone should know about this. - The Canary 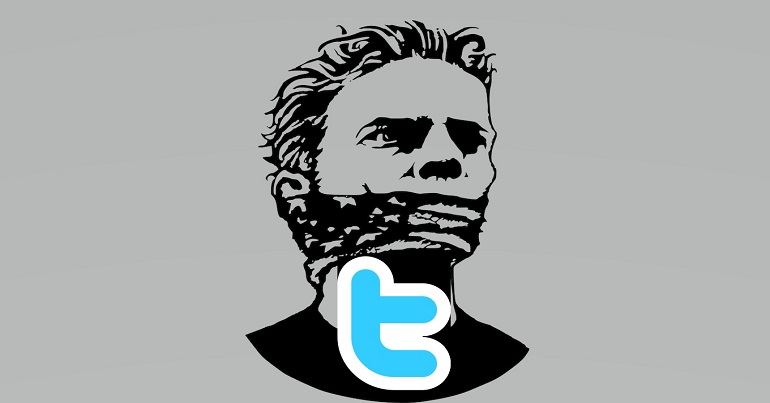 Twitter is apparently restricting the accounts of disability rights campaigners. And the impact this has had on them cannot be overstated.

As I’ve been documenting, four members of the campaign group Disabled People Against Cuts (DPAC) have been subject to apparent enforcement action by Twitter against their accounts. This is more commonly known as “shadowbanning“. While the existence of shadowbanning has been hotly debated, what is clear is that, for nearly seven days, Twitter seemed to restrict the accounts of Nicola Jeffery (for transparency, my girlfriend), Paula Peters, Keith Walker and Bob Ellard. It did this by stopping their followers seeing their tweets and replies in notifications and on news feeds; stopping their accounts coming up on searches or in hashtag threads; and stopping people they tagged in tweets from seeing that they had been tagged.

Twitter says one of its “Tweet-level enforcement” actions is:

And one of the reasons it takes this action is, it says:

If you post multiple updates to a trending or popular topic with an intent to subvert or manipulate the topic to drive traffic or attention to unrelated accounts, products, services, or initiatives;

It seems that because the DPAC activists were using a ‘tweetlist‘ (an automatic tweet generator) for a “stop and scrap” Universal Credit online campaign to post to #bbcqt (BBC Question Time) on Thursday 1 March, Twitter considered this spamming/manipulation of a trending hashtag. So it apparently punished the four people accordingly. As a side note, DPAC has repeatedly used tweetlists before without any issues for users.

Twitter has since made an admission, of sorts, about this action:

We have a number of systems to monitor and review content on Twitter, from safe search to spam. We were recently alerted to an issue where some accounts were caught in these measures for longer than intended, limiting their visibility to people who didn’t follow them.

While it’s not clear whether Twitter is referring to DPAC here, it is referring to what happened to the activists. Twitter returned their accounts to full functionality on Thursday 8 March.

So let me be clear what I’m accusing Twitter of.

I’m not accusing it of having some shadowy IT person in its HQ; someone who monitors the accounts of DPAC activists, deciding whether they’re too outspoken or not. Nor am I accusing it of intentionally targeting four disabled activists.

I am accusing Twitter of not realising, or caring about, the real world impact of its blanket algorithms. I’m also accusing it of imposing politically aggressive and disruptive algorithms which it must be aware shut down legitimate campaigns. Meanwhile, the likes of Katie Hopkins can spout as much vitriolic bile as they wish, with little censorship.

When Twitter was launched in 2006, its founders may not have realised the Pandora’s box they’d opened. But the social media platform is now as crucial to many campaigners’ lives as letters or landlines used to be.

And its actions are restricting legitimate campaigning activities. Twitter may not have the same intent, but its action causes the same result as, say, the Chinese government which cut the phone lines of student protesters in the 1980s. It is silencing disabled people legitimately campaigning for and defending their human rights; rights which the UN said successive Conservative-led governments had committed “grave” and “systematic” violations of, leading to a “human catastrophe”.

But Twitter’s shutdown of DPAC activists runs deeper than that.

For many disabled people, social media is the only way of communicating with the rest of society in an otherwise isolated life. It is a lifeline for those living with mental distress, chronic illnesses and mobility impairments. I’ve been there myself, so I know. While Twitter’s enforcement action may not have been targeted at them because they are disabled activists, the distress it specifically caused Nicola and Paula cannot be overstated.

When you feel that the only thing you’re good for in life is campaigning, and then even this is taken away from you, it’s devastating. It’s psychological torture for people already repeatedly beaten down in every other area of life. But both Nicola and Paula tell me this kind of silencing by social media has happened before. And I know how gravely this impacts on their mental health.

Disabled people in the UK are already abused and held back by society, government and companies. So there’s a positively sick irony in Twitter restricting disabled people’s fight against restrictions that society subjects them to. The social media giant needs to address the concerns of its disabled users, and quickly. Because while this kind of action may seem of little consequence to many, for disabled people it’s the perverse final straw in a long line of systemic abuses.