I'm not a Remoaner, but the case for a second referendum now couldn't be clearer - Canary 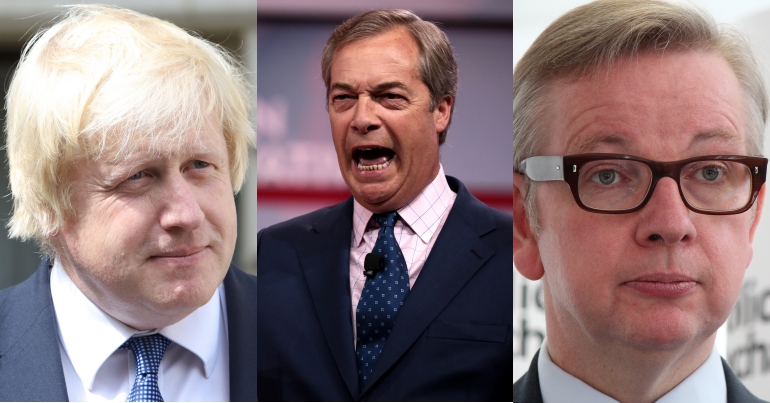 I voted Remain in the referendum. Not because of any blind faith in the European Union but because it gives us and the planet some fundamental protections. And these are protections that elements of the Conservative Party are intent on destroying. Additionally, living in Cornwall, large sections of our infrastructure and services depend on European funding.

Unsurprisingly, I was unhappy with the result. I was heartbroken at the rise in hate crime that followed the result. But that said, I’m not a ‘Remoaner’. I believe in direct democracy. We voted. I was on the losing side and this was something that I accepted. I certainly wasn’t going to start marching round Whitehall waving a European flag.

But things have changed. Now, the case couldn’t be clearer. The news from the Electoral Commission that it’s fining Vote Leave for breaking electoral law and reporting it to the police is the final straw. The only fair way to proceed is for another public vote.

The case for a second referendum starts with Boris Johnson’s Brexit bus. Yes, the one that claimed the UK pays the EU £350m a week and that money could be spent on the NHS instead. The figure was rubbished at the time as it didn’t include the rebate the UK receives from the EU. It also didn’t take into account the amount of money Brexit will cost, to both the government and the wider economy.

In 2017, the head of the UK Statistics Authority David Norgrove slated Johnson’s repeated assertion about the £350m, claiming it was a “clear misuse of statistics”. Norgrove continued:

This confuses gross and net contributions. It also assumes that payments currently made to the UK by the EU, including for example for the support of agriculture and scientific research, will not be paid by the UK government when we leave. It is a clear misuse of official statistics.

But Johnson was not to be deterred by pesky matters such as statistics. Not only has he continually repeated the assertion, he then claimed that the £350m could be even more.

A campaign of hate and fear

The Brexit referendum campaign was characterised by hate and fear. From Nigel Farage with his infamous “breaking point” poster to reams of hatred in the tabloid press – the campaign was designed to whip up fear. This led to a report by the European Commission against Racism and Intolerance (ECRI) stating that the tabloid press used “offensive, discriminatory and provocative terminology”.

The chair of the ECRI, Christian Ahlund, further stated that:

Now, another of the central tenants of the Vote Leave fear campaign has been criticised by one of its own architects, Michael Gove. Vote Leave perpetuated the myth that Turkey would join the EU in the near future. Despite the fact, this was always an unlikely scenario.

Gove and the Vote Leave campaign repeatedly warned about the risks of Turkey joining the EU. From the increased strain on the NHS to security risks, he was happy to play the fear card. But he has now backed down from his former position. When asked about using “some very low sentiments” with regards to Turkey, he replied:

I know what you mean, yes. If it had been left entirely to me the leave campaign would have a slightly different feel.

On their own, the above arguments make the beginnings of a strong argument as to why a second referendum should take place. But the Electoral Commission accusing Vote Leave of breaking electoral law makes the argument unequivocal.

Vote Leave has been fined £61,000 for overspending on its campaign after it gave £675,315 to BeLeave. Both Darren Grimes from BeLeave and David Halsall from Vote Leave have been referred to the police for investigation on false declarations of campaign spending.

We found substantial evidence that the two groups worked to a common plan, did not declare their joint working and did not adhere to the legal spending limits. These are serious breaches of the laws put in place by Parliament to ensure fairness and transparency at elections and referendums.

If the referendum wasn’t ‘fair’ or ‘transparent’ and “serious breaches” took place, then we need to stop all this nonsense about it being the “will of the people”. Not only was it a campaign of lies, fear and misinformation, it was also in breach of the law.

Meanwhile, after months of Theresa May proclaiming “Brexit means Brexit”, it’s still no clearer what she actually means. Brexit means different things depending on the day of the week, or even the time of the day. It all seems dependent on which part of her fragmented party she is trying to appease.

The cumulative effect of all these issues means there is now a clear case for a second referendum; one that sets out clearly the options available, rather than the pie-in-the-sky fantasies perpetrated the first time around. And it needs to also include the option of abandoning the whole process.