We need to bin the ‘Churchill Test’. Because one-word answers simply don't cut it. - Canary 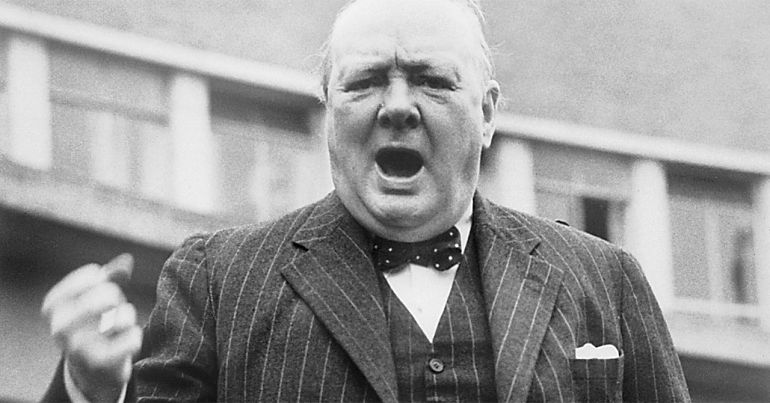 Many people feel that politics has become simplistic. It’s too black and white; too polarised. And they could well be right. After all, we seem to have somehow arrived at the point where everything boils down to the ‘Churchill Test’. Was Churchill the greatest ever Briton or was he worse than Hitler? You decide.

Or to put it another way, was Churchill a hero or a villain? One word answers only, please. Such was the trap laid for shadow chancellor John McDonnell recently. The consummate politician, he answered with two words: “Tonypandy – villain”. Of course, qualifying his answer – even making it specific to an incident in which Churchill set the army on striking Welsh miners – wasn’t enough to get McDonnell off the hook. In the eyes of some, he failed the ‘Churchill Test’.

Labour’s very own Lord Haw-Haw tribute act, Ian Austin, piped up to indicate that he for one thinks Churchill is the bee’s knees. The “greatest ever Briton”, no less. And the man who “motivated Britain to defeat the Nazis”. Yes, in Austin’s world it was Britain wot won it. Not ‘the Allies’, not the Soviet Union, not a whole combination of factors including Hitler’s own self-destructive obsessions. Because if Austin understands anything, it’s that in order to pass the ‘Churchill Test’, you have to go for broke. No half measures. Churchill did it; he saved the world; he’s the best person ever in the whole of history.

Piers Morgan knows this, as does his sometime sparring partner, sometime sidekick, Susanna Reid. That’s why they treated the comments of Green Party MSP Ross Greer with such disdain. In the eyes of the GMB hosts, Greer failed the ‘Churchill Test’.

The problem with all this is it rather obscures the fact that Churchill was extraordinary. Many people still alive today recall gathering round the family wireless to listen as ‘Mr Churchill addresses the nation’. His words, and the unusual yet iconic way in which he delivered them, had enormous power. There’s no doubt that these broadcasts played a crucial role in keeping the national chin up as the war entered its darkest depths. Those who heard them, and those who’ve grown up on the stories of them, are always going to have at least some admiration for Churchill’s abilities.

As Greer said in the brief windows when Morgan wasn’t petulantly shouting over him, there are many other people for whom the mention of Churchill conjures very different memories. Because Churchill’s career reads like a microcosm of Britain’s horrific colonial history. Alongside the belligerent bulldog of folklore, there was a disgustingly bigoted individual, with scant regard for human life. Whether his values reflected or exceeded the prejudices of his time is a matter for debate. But it’s clear that they stink now. And recognising the genocidal harm these values did when Churchill put them into practice really shouldn’t be controversial.

The world moves on. Hopefully it learns from its past in order to be better in the future. But memories are long. Edward Colston died in 1721, having grown rich on the miserable human trafficking of slavery. Only now is his legacy being unravelled as his home city of Bristol begins to disassociate itself from the Colston name.

The time will come for a wholesale re-evaluation of Churchill. In all probability, he’ll be filed alongside Colston and many other famous figures we gradually learned were awful. There’ll be a footnote to say that, without him, this country might have had a more battered history but a cleaner conscience. But it won’t happen yet. Not while the memories are still alive.

That means we’re left with a figure who occupies a huge space in the national psyche. We know enough to understand that this space is full of conflicting opinions and complex nuance. And that’s why we should have absolutely no hesitation in binning the ‘Churchill Test’.

What we think of this historical figure should have no more bearing on the present day than whether or not we think the right team won the Wars of the Roses. Anyone who invokes the ‘Churchill Test’ now only makes our public discussion more fractious and laughable. We can do better.