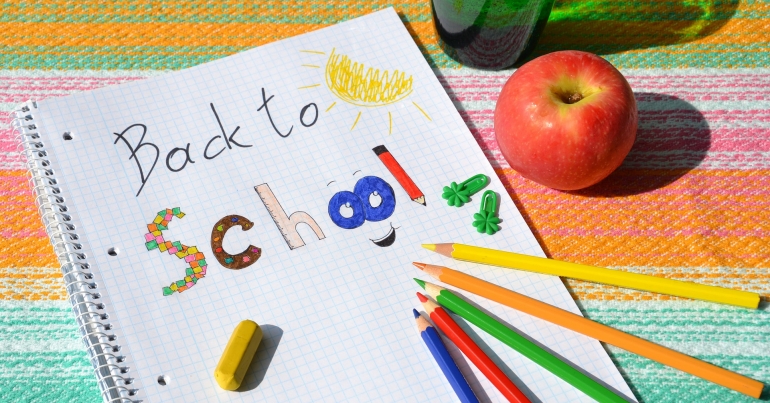 Children across the UK have recently returned to school after the summer holidays. And with the beginning of the new term, there’s been a flurry of stories about the draconian uniform policies being implemented across the country.

But not only are the policies draconian, so too are the punishments schools are inflicting on children who breach the uniform code. Children are being put into isolation or forced to walk in shoes that are causing them pain because their schools appear to put a dress code above pupil welfare.

And this says everything about what’s wrong with our education system and its priorities.

The wrong shade of grey

The examples of some of the violations children have been threatened with or punished for are mindboggling. In fact, they’d be funny if the impact on the kids wasn’t so severe.

For example, one child was told on her first day of secondary school that her trousers were the wrong shade of grey. She was pulled out of line, and sent to the school’s “behaviour unit”. Think back to your first day at school and remember the excitement and anxiety that accompanies that. Then imagine being singled out in front of your new class and punished for wearing the wrong coloured trousers.

As the child’s mother stated her, “Her confidence has just been slashed”. She also said:

Kezia was very upset, she didn’t want to go back the next day. She felt that she had done something wrong because she was sent to the behaviour unit with kids who had been naughty.

Meanwhile, in Somerset, a 15-year-old was forced to spend the day wearing shoes that caused her pain after her school threatened her with isolation or detention if she changed them. Although she supports a uniform policy, the girl stated:

But what I don’t agree with is how the school is taking students out of lessons and putting them in isolation or detaining them after class.

It seems as if they are putting adhering to the uniform policy ahead of learning.

Pupils and parents protested outside Clevedon School over its uniform policy. According to Devon Live, one mother reported that her:

12-year-old son was put in isolation all day, and not allowed out at break times after arriving in “unsuitable shoes”.

This is despite the fact he wore the same shoes last year, and it was a change in policy by the school that meant they were no longer suitable.

Does the punishment fit the crime?

There is a crisis in children’s mental health. Years of austerity has stretched services to breaking point. And a report published in 2018 found that

between 2008 and 2014, the percentage of children and young adults with a mental health condition also rose by 60% in England and by 75% in Scotland

Yet schools think isolation booths are an appropriate punishment for wearing the wrong shoes. Vice described one pupil’s experience:

The cubicles were cramped and dark with students’ graffitied initials carved into the wood. It was silent except when the rest of school went out for lunch and you could hear laughing in the canteen below.

Research from Schools Week found that:

over two-thirds of the country’s largest academy trusts have schools that use some form of isolation, although with varying labels from “inclusion units” and “consequence booths” to “time-out spaces” and “calm rooms”.

One mother whose child was put into isolation told the Guardian:

It’s a small booth. They can’t look left or right, they can’t look behind. They have to focus in front all the time. They can’t speak to anyone for the whole day. It’s basically an internal exclusion. It’s barbaric.

He came out at the end of the day and he didn’t look well. His legs were shaking and he could hardly string a sentence together. He looked completely done in.

What do we want from our schools?

I know a lot of teachers. I have love and respect for each and every one of them. They entered education for the right reasons – because they wanted to make a positive difference to children’s lives – and they do a brilliant job. Many are broken by the vicious cuts this government has made to education. Some have left. Some struggle on.

But among the people who run schools, there’s a special class of petty dictators; the type of people who should never be allowed a grain of power let alone control of children. These are the people who think trousers being a bit too short is more important than learning and creativity; the people who don’t realise that respect has to be earned and isn’t achieved by shouting and punishing kids.

The Tories have decimated our schools through cuts. Micahel Gove pretty much singlehandedly destroyed the curriculum. But ultimately it’s not just funding that schools need – it’s a total change in attitude. Because even if schools had lots of cash, if they’re putting children in isolation for wearing the wrong shoes, then there’s something seriously wrong with our education system.